On Saturday, May 23, mathematician and subject of the book and film “A Beautiful Mind” John Nash, Jr. died with his wife Alicia in a car crash on the New Jersey Turnpike. He was 86 years old and had just received the prestigious Abel Prize from the Norwegian Academy of Science and Letters, when the airport taxi he and his wife were riding in struck a guardrail, killing both of them. Twenty-one years earlier, he had traveled to Stockholm, Sweden to receive another honor, the Nobel Prize in Economics, for his revolutionary work in game theory and mathematics.

John Nash wrote the groundbreaking thesis on game theory that would win him the Nobel Prize at the age of 21, while a graduate student at Princeton University. But perhaps the most remarkable thing about him was his struggle with schizophrenia, which began when he was in his thirties and from which he eventually recovered without the benefit of conventional psychiatric treatment. His story was brought to worldwide attention in 2001 after the release of the award-winning movie “A Beautiful Mind.” The arc of his life – from brilliant but unsociable adolescent, to promising young man of rare mathematical ability, to severely disturbed paranoid schizophrenic, to recovered genius redeemed by love and finally recognized for the achievements of his youth – seems ready-made for Hollywood.

The movie plays up the ‘redeemed by love’ aspect of his story, but Silvia Nasar’s book of the same name gives a more nuanced account of Nash’s remarkable recovery from mental illness. Nasar described Alicia Nash as “the rock on which he rebuilt his life.” Less known is the fact that for much of the time she spent caring for him during the worst phases of his illness they were officially divorced and did not remarry until many years after the awarding of the Nobel Price, coinciding with the movie’s release in 2001.

The support of a loving family member can play a critical role in mental health recovery. Alicia filled that role for John after their divorce, allowing him to live with her, not as a husband, but as a sick person she still cared about and wanted to help. The movie implied that antipsychotic medication played a role in his recovery, but Nash himself repeatedly stated that was untrue. He claimed that he was able to overcome his delusional thinking by force of mind through a process of intellectual testing and rejection of false reality. This is part of the “beautiful mind” that Sylvia Nasar captured in her excellent biography and which the movie version missed.

Nasar’s book was written in 1998, years before there was a well-articulated model of mental health recovery. At the time, the word recovery was not often used in relation to schizophrenia. But even then it was possible to view Nash’s life as a model for a certain kind of recovery from mental illness. Not everyone with schizophrenia is blessed with the beautiful mind of a Nobel Laureate who can think his way back from psychosis without the help of medication. But Nash’s unique story contains two familiar elements found in most accounts of recovery. One is an active support system of caring friends or family members, much idealized in the Hollywood movie, but still a significant force in Nash’s life. 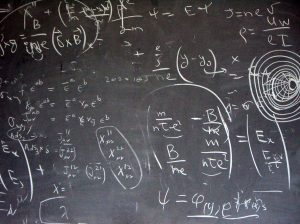 The second force for recovery in Nash’s life was his continuing to have a valued role and identity at Princeton University. Nasar does not address this directly, but one senses that social role valorization was an important part of his return to rationality. Nash’s colleagues at Princeton, perhaps out of respect for his early talents and achievements, gave him wide latitude to audit classes and use the campus and its resources to conduct his private “research,” long after his work stopped making sense to them. This connection to a past before illness – access to a former workplace, the respect of colleagues, a routine to follow, and most importantly the work itself no matter how nonsensical – may have contributed to his recovery just as much as the support of a loving partner and his own sheer force of intellect.

John Nash’s life is proof that recovery from serious mental illness is possible. The arc of his life may not be typical of most persons diagnosed with schizophrenia. After all, how many people with serious mental illness win a Nobel Prize and get to see their life portrayed on screen by Russell Crowe? But in many respects, his path to recovery was much like anybody else’s: personal support and a valued social role were crucial to his success.

The popularity and critical acclaim of the movie version of his life catapulted him to a level of fame that a Nobel Prize could not. John Nash Jr. spent his later years accepting honorary degrees and awards, speaking at conferences, enjoying married life with his wife Alicia, and caring for his son Johnny, who also lives with schizophrenia. Once, when Sylvia Nasar asked him what difference the Nobel Prize money made in his life, Nash replied, “Well, now I can go into Starbucks and buy a $2 cup of coffee.” It is comforting to think that one of the greatest minds of the 20th Century had found the peace in later life to be occupied with such ordinary concerns.