New Year’s is the one holiday that is universally celebrated around the world.  Although the methods of celebration and sometimes even the dates vary from place to place, every culture has a New Year tradition.  Many of these traditions are quite unique and interesting.

My first New Year’s as a Peace Corps Volunteer in Honduras, I was introduced to a new and rather alarming tradition.  Being relatively new in town, I spent a quiet night at home, drifting off to sleep sometime around 11 PM.  About an hour later, I was startled awake by what I initially thought were fireworks, but soon realized was automatic gunfire.

At first, I thought that war with Nicaragua had finally started.  But when I looked out my bedroom window I saw it was the cop who lived next door, whooping it up with his family and friends, drinking beer and shooting rounds into the air with loaded pistols and M16s.

Ever wonder what happens when someone discharges a firearm straight up in the air?  Fortunately, I did not find out that night, but I later learned that people do actually die from this common Central American practice.  Talk about ringing in the New Year with a bang!

In less dramatic fashion, I can no longer eat lentils because years ago my mother served them on New Year’s Day, telling us they represented copper pennies and if we ate enough of them we’d be blessed with wealth in the year to come.  I ate so many I threw up at the table.  Not only did I not get rich that year, but I’m pretty sure I ruined my lifetime prospects for a life of ease, along with my taste for those tiny brown legumes.

In New York and many other places, the New Year’s Eve tradition is to kiss the nearest stranger at the stroke of midnight.  I’m not sure what that’s supposed to bring, but it could be an interesting way to meet new people.  I wouldn’t know, because I never had the courage to give it a try.

Thinking about this made me wonder about the many strange and unusual traditions people from around the world follow in celebrating New Year’s.  A quick search on Google yielded some interesting results. 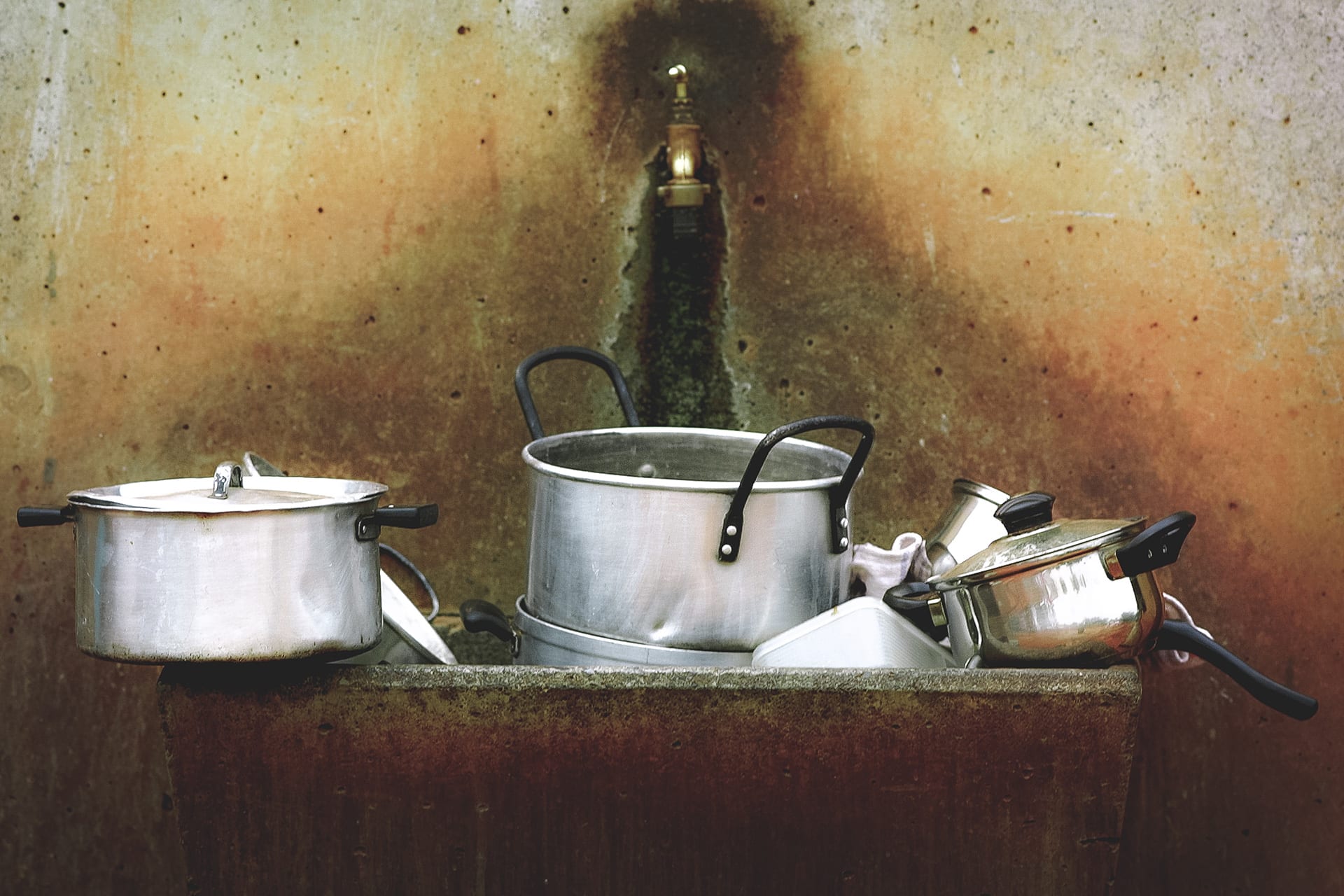 In the film Cinema Paradiso, Italian revelers throw old pots and pans out the window at the end of the New Year countdown.  This odd custom symbolizes a casting off the old in favor of the new.  The residents of a neighborhood in Johannesburg, South Africa have taken this tradition to a new level, throwing broken appliances – microwaves, stoves, and dishwashers – out the window, posing a substantial threat to public safety. 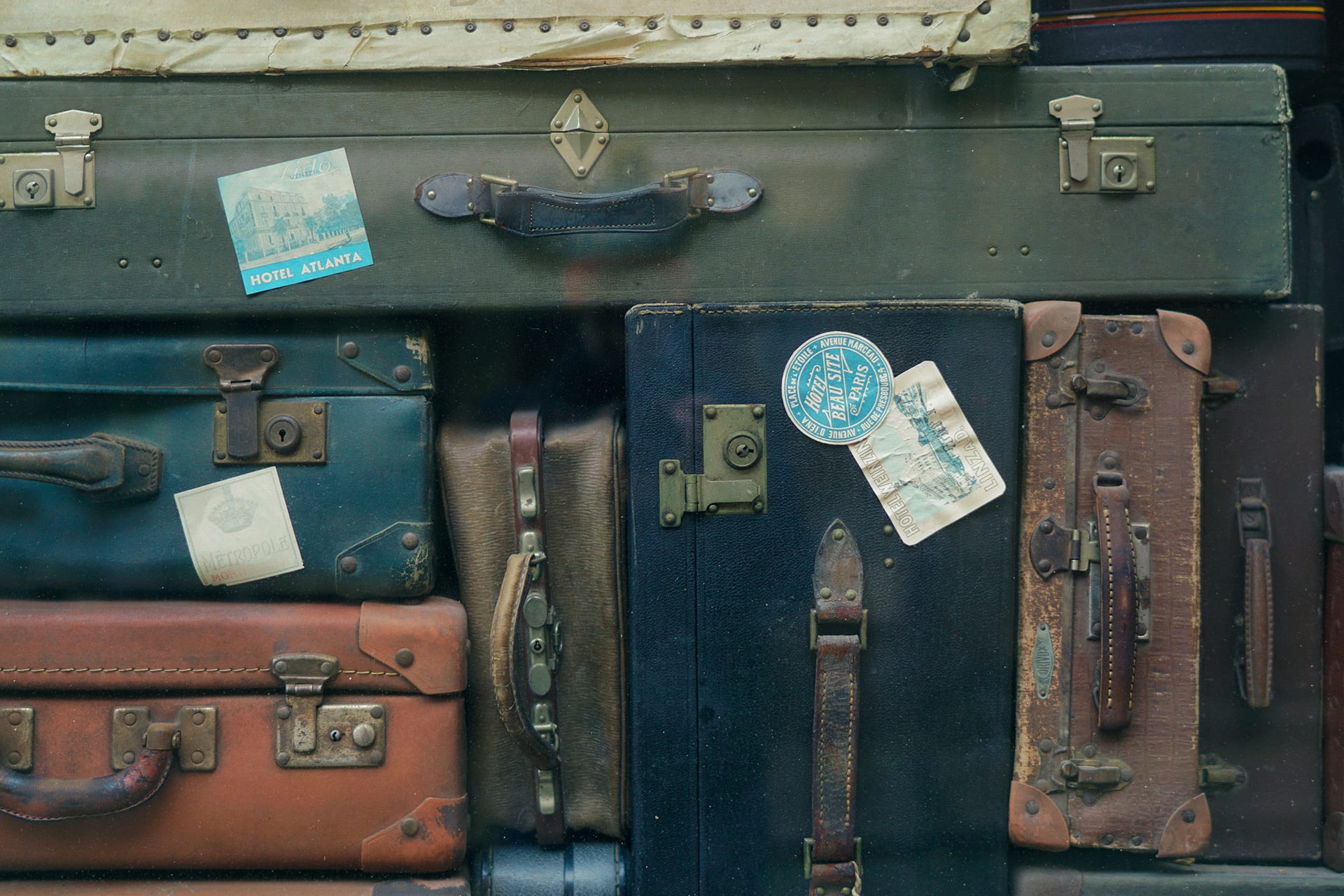 In my favorite New Year’s tradition, Colombians run around the block with empty suitcases in the hope they will enjoy a year with lots of travel.  I guess the reasoning is that the Fates will look down on the spectacle of these would-be vacationers with their empty suitcases and grant them an all-expense paid trip to Hawaii.  By that logic, I should be able to get a new car by tossing the keys to my old Accord in the storm drain next to my driveway (I don’t think I’ll be trying that anytime soon). 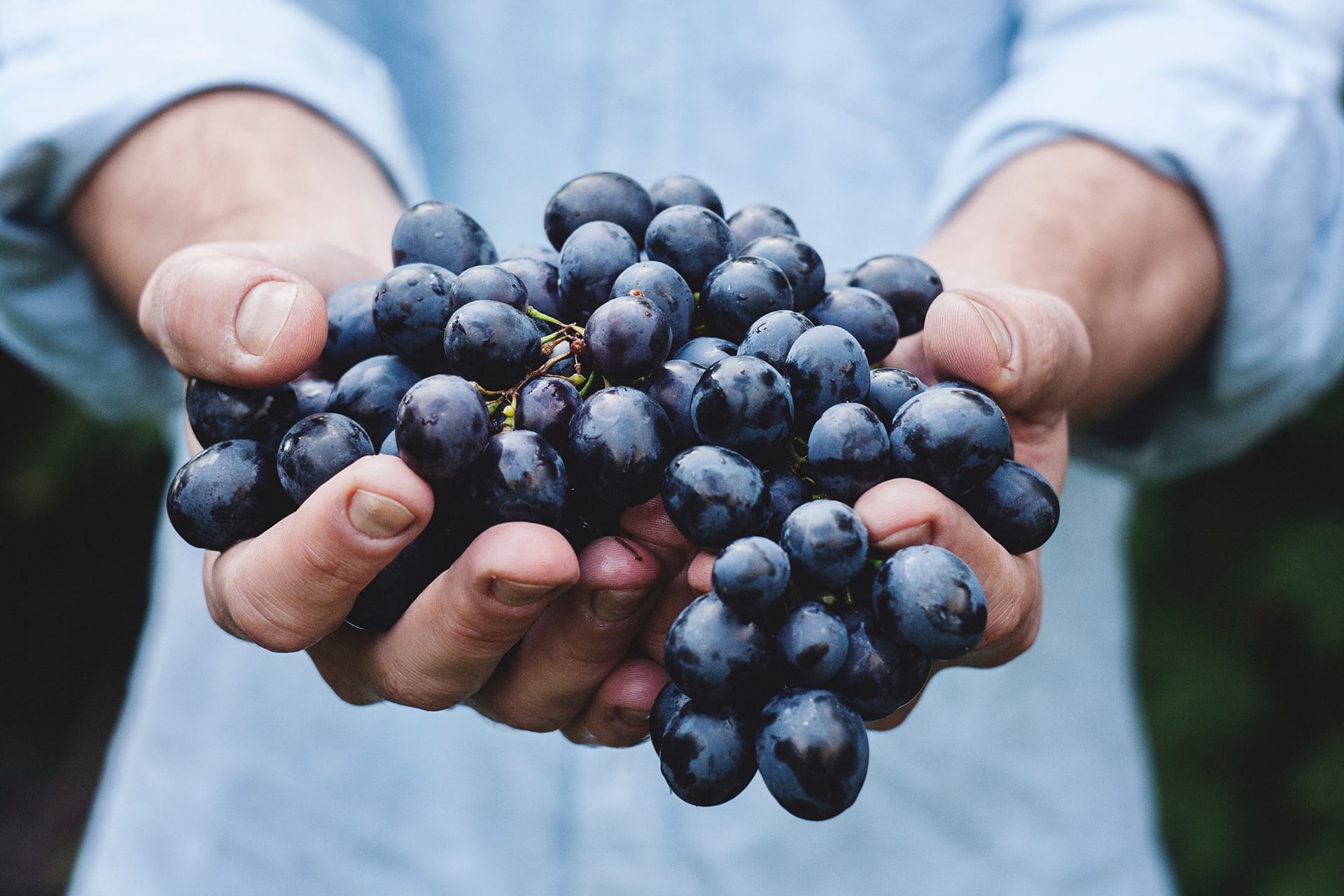 In Spain, the New Year’s tradition is to stuff 12 juicy grapes into your mouth at midnight – one for each month of the year.  This reminds me of my lentil story, only I like grapes too much to risk having to give them up from another vomiting incident. 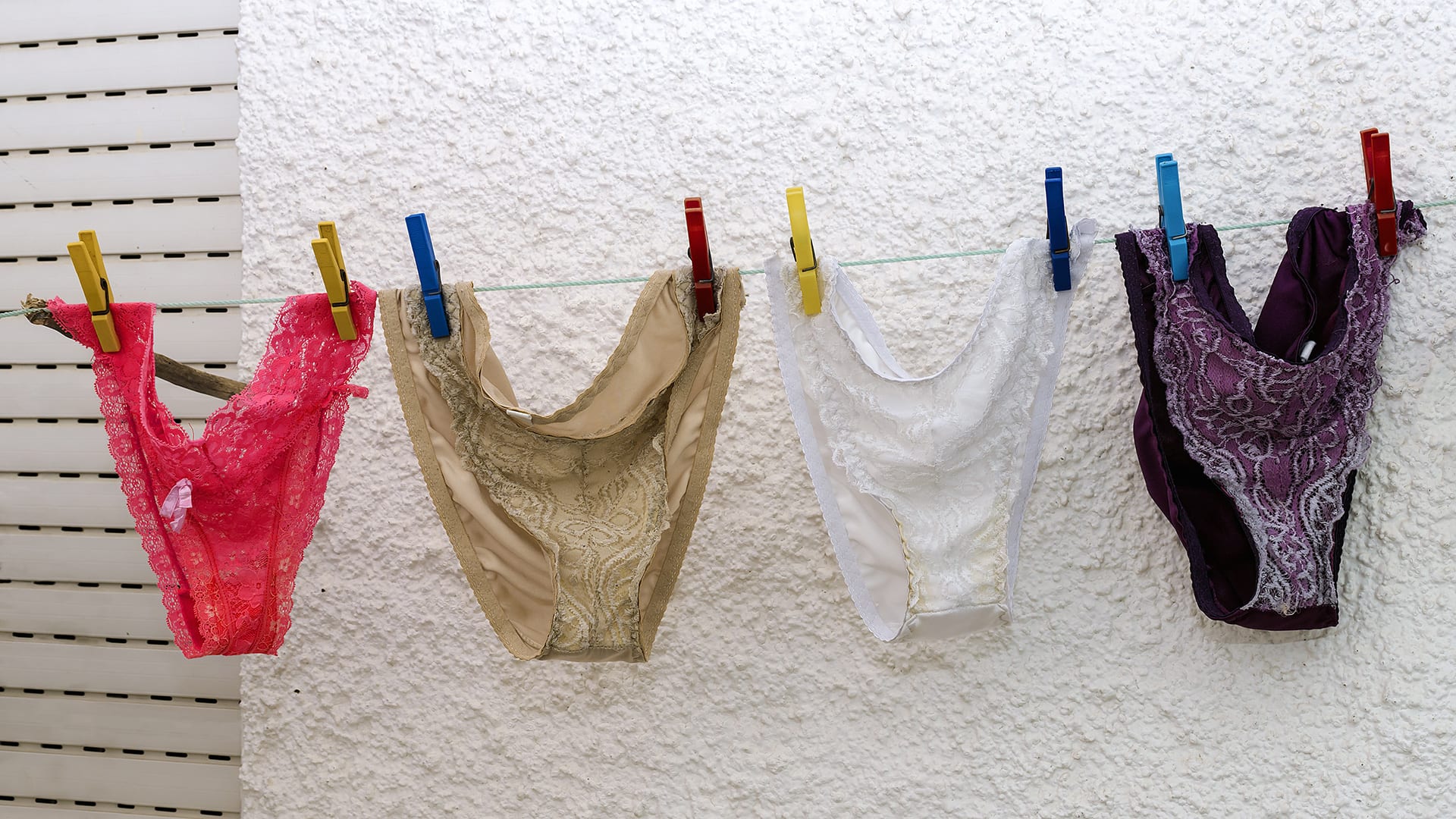 In much of Latin America, wearing colored underwear on New Year’s Eve will bring you luck in the coming year.  According to this tradition, red underwear brings love and passion, yellow or gold-colored brings wealth, green is for health, and white underwear brings peace and serenity. 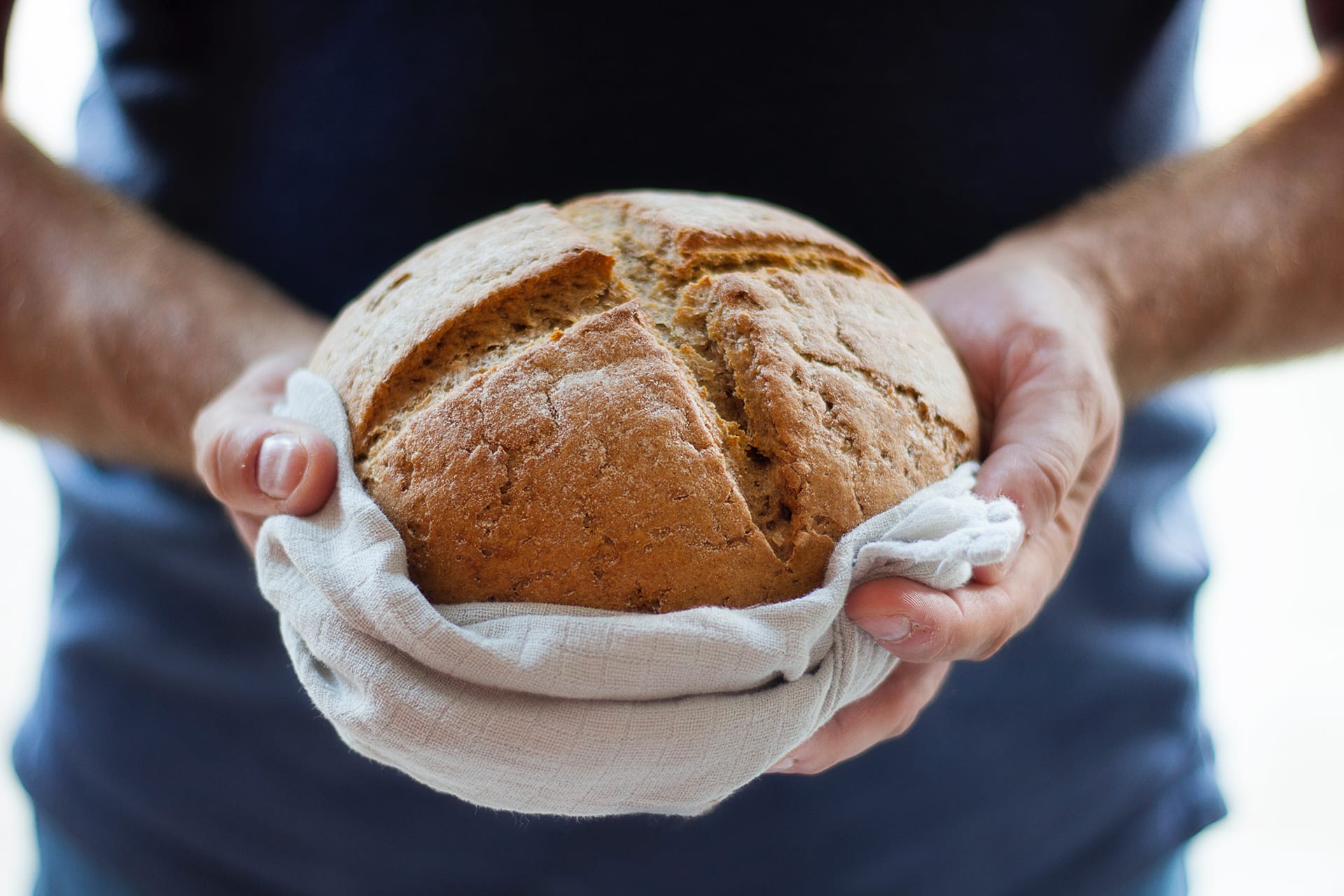 In Ireland, some householders smack the walls with bread to ward off evil spirits in the New Year.  I’m not sure how that one is supposed to work.  Irish soda bread is pretty dense, so perhaps the thought is that a conk on the noggin with a loaf of the stuff is enough to keep an evil spirit away for at least a year.  Sounds far-fetched to me.  Can someone help me out with this?

Doing the research for this blog post was fun, but I have to admit that I find New Year’s to be the most puzzling of holidays.  I get the ring-out-the-old, ring-in-the-new concept, but what’s with all the magical thinking?

Every one of the New Year traditions listed above involves a form of sympathetic magic – a primitive ritual using objects resembling or symbolically associated with the thing over which influence is sought (e.g., underwear = your secret wish for the coming year).

Don’t get me wrong.  A little bit of magic is what makes the Holidays so special.  But does it really make sense to ring in the new with the same old superstitious rituals?

That’s why I’m proposing we save the magic tricks for New Year’s Eve and start the First of January with some new traditions that might be a little more grounded in reality and the rudiments of healthy living.

Wake up on the first day of the year without a hangover.  What a novel concept.  Start the New Year with a clear head and settled stomach for better health and wellbeing in the months to come.

Walk (or run) around your neighborhood. For at least a mile.  Move briskly to increase your heart rate, wave to people as you pass.

Start the New Year with a healthy meal.  And while you’re at it, stop posting pictures of your meals on social media.  When did we become a culture that fetishizes food?  Eat for nourishment and health – not because that plate of beans looks like money.

Make a friend.  Kissing the stranger next to you may not be the best idea.  Rather than risk a harassment claim by imposing unwanted attention on the person next to you, why not politely introduce yourself and start a conversation?  All kinds of good things follow from making friends: happiness, better health, wealth, and even love!

Practice gratitude.  So many New Year’s traditions rely on the symbolic representation of money (lentils, round fruit, gold-colored undies) to bring increased prosperity.  This year, leave the magic to David Copperfield.  Count the blessings you already have and you will find that you are far more prosperous than you thought.

2 thoughts on “Ring Out the Magic, Ring In the Real for Better Mental Health and Wellness: Unusual New Year’s Traditions from the Past Revisited”