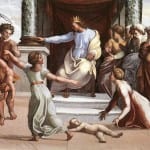 The story of the Judgement of Solomon from the Biblical Book of Kings is one of the first recorded cases of legal jurisprudence.  You have probably heard of King Solomon’s famous ruling to literally split a child in half to share him between the two women claiming to be his mother.  The wisdom of this judgement, for which Solomon was renowned, is based on the presumption that a parent’s love is pure and that a loving mother can be trusted above all others to act in the best interest of her child.

We know of instances where this may not actually be the case.  But in most situations, the Wisdom of Solomon still holds true today:  given accurate information and clear options, parents can be trusted to decide what’s best for their children.

Here is a modern dilemma involving a dispute over a child’s status…  The child shows signs that he may be at risk of developing schizophrenia, and there is a history of mental illness in the family.  Research shows that there is a 20-40% chance that his symptoms will progress to psychosis and possibly schizophrenia over the short term.  Research also shows that early intervention and treatment can result in better outcomes and possibly even prevent the progression to outright psychosis.

So what’s the dilemma?  If we knew that someone was at 40% risk of having a heart attack, we would not hesitate to treat them proactively and aggressively.  But schizophrenia isn’t heart disease.  Early intervention carries with it a high risk of false positives that might unnecessarily expose children to stigma and discrimination.  There is also the risk of treatment itself, with significant side effects from many medications. 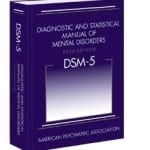 The American Psychiatric Association could have used a Solomon on the Task Force responsible for the recent publication of the Fifth Edition of the Diagnostic and Statistical Manual of Mental Disorders, commonly known as the DSM-5.   In the debate over early intervention versus risk of false positives, caution ruled the day and the proposal to add a new diagnosis for “Psychosis Risk Syndrome” (PRS) was dropped from the final version of the Manual.

One point on which nearly all researchers and clinicians agree is that children (as well as adults), who meet the proposed criteria for PRS have a greatly increased risk of developing a psychotic disorder such as schizophrenia over the short term.  These children come to the attention of clinicians because they exhibit troubling symptoms and behavior that clearly need treating.  In most cases, it is the parents who first notice the problem and bring it to the attention of professionals.

Although Psychosis Risk Syndrome is not recognized in the DSM-5, researchers know the risk is real, as are the benefits of early intervention.  Armed with the right information and clear options, parents can make the best decisions for their children.

More information on the “prodromal” symptoms of psychosis can be found in this article on Attenuated Psychosis Syndrome, a diagnosis similar to PRS that was included in the final version of the DSM-5 as a “Condition for Further Study.”