So often, we are consumed by the negative factors that revolve around bipolar disorder. We are overwhelmed with the depression, the mania, and the anxiety. We are absorbed with our struggles and ability to maintain balance. We forget there is a bright side to our mental disorder. The creativity gene is festering inside of all of us, screaming to be released.

There have been several studies done over the decades, dealing with the correlation of bipolar disorder and creativity. It’s still not been decided if the bipolar gene makes someone creative or if creativity makes someone have a higher chance at a mood disorder but there is a strong connection between the two.

Numerous actors, artists, musicians, and writers of the past have been revealed to have had some sort of mood disorder, bipolar disorder being the most common diagnosis. This revelation has inspired psychiatrists from all parts of the world to study and dissect this connection.

Nancy Coover Andreasen has headed diverse studies, especially on the subject of creativity and mood disorders. She examined 15 writers from the University of Iowa Writers’ Workshop in the 1980s and compared them to 15 controls that were the same age, gender, and had the same educational achievement. After several years, the final study expanded to 30 subjects in each group.

Mood disorders were extremely high: 80% of the writers in the study. 30% of these writers had either bipolar I disorder or bipolar II disorder. These rates differed significantly between the two groups, with the creative subjects having a much higher tendency towards a mood disorder.

Andreasen also found that untreated mood disorders hindered the subjects’ creativity. This is the opposite of what most bipolar patients feel in beginning treatment. There’s a great fear of taking medication for those in the creative fields, believing that medication will dull their creative endeavors. However, stability, in most cases, creates an environment of constant creation and focus on projects.

Kay Redfield Jamison conducted her own study in the late 1980s as well. Jamison is a clinical psychologist and a writer who has dealt with bipolar disorder since she grew into adulthood. She examined British writers and authors that had won major honors or prizes in their special fields. She separated her subjects into 5 groups. The groups were novelists, poets, playwrights, biographers, and artists. 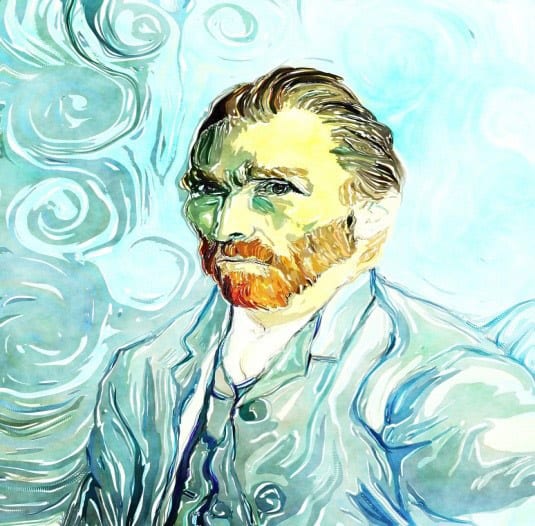 Vincent Van Gogh was talented beyond belief, but many are unaware that he struggled with a mood disorder and did not become famous until after the tragic ending of his life. Unfortunately, he self-medicated with alcohol and did not get help for his undiagnosed manic depression. Despite his struggles, he created some of the greatest Post-Impressionist paintings of all time.

Sylvia Plath was known for her poetry and her novel, The Bell Jar. Through her words, it’s been widely known that Plath suffered major depressive episodes, but it’s come out that she also dealt with manic episodes of high energy and mood volatility consistent with a diagnosis of bipolar II disorder. Her poetry has inspired many women in the world of poetry.

Ernest Hemingway was a great American writer. He is the image of 20th century fiction and his works are considered classics. He even won the Nobel Prize in Literature in 1954 for his talent. He is also thought to have struggled with bipolar disorder, in addition to alcoholism and other mental health problems. 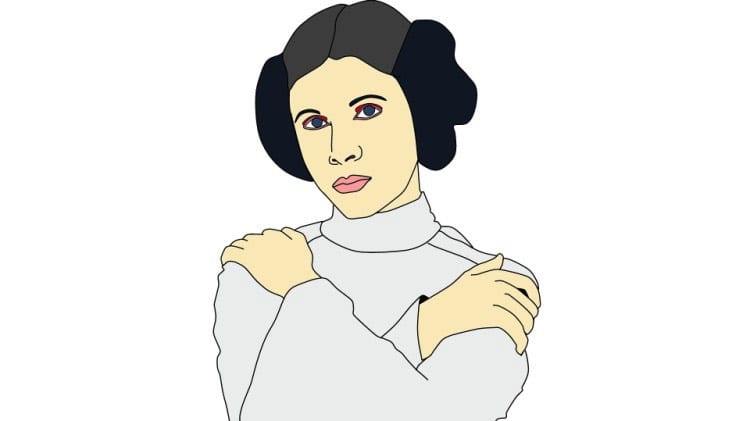 Carrie Fisher is an American icon, mostly known for her part as Princess Leia in the early Star Wars series.  She was vocal about her struggles with bipolar disorder and was an avid mental health advocate, fighting the stigma of mental illness until she died in 2017 from natural causes. 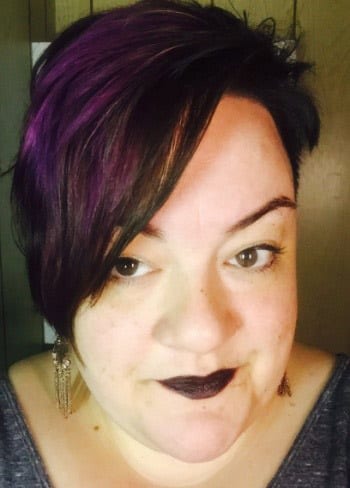 At the early age of 4, Laura’s interest in music and writing unfolded. She’s a classically trained soprano and has sung all over the world for many award- winning stars and groups. She has a Bachelors Degree in Vocal Performance, Theatre Art, and Speech Communication. She’s also a published author and has been writing for her blog for 10 years.

During Laura’s bouts of hypomania, she can find herself productive and able to keep up with several projects at once. Her strongest writing tends to come from her depression. However, if she has a severe hypomania episode or severe depressive episode, she finds herself dropping her projects and not feeling her creativity.

Laura is particular about her medication. She’s found that certain medications have affected her vocal cords, affecting her singing voice. She’s very careful about what she takes and researches it before agreeing to certain pharmaceuticals.

She’s currently working on a recital that revolves around her bipolar disorder. She’s also involved with many writing projects as well as branding her blog for singing, writing, and mental health advocacy. 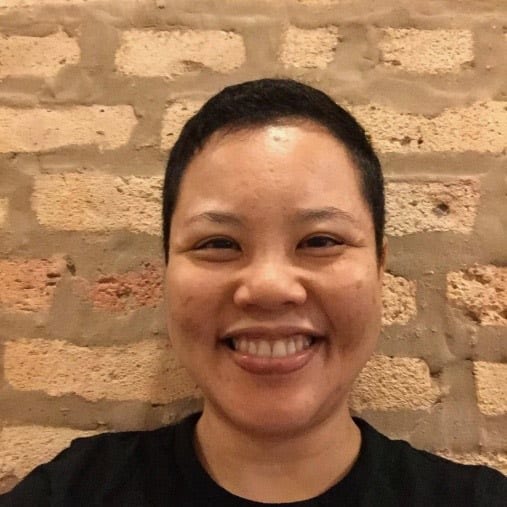 Barb started writing at the age 11, sparking a passion inside of her for the written word. Dedicated to writing and hard work, she now has a Masters of Fine Arts in Creative Writing with a focus on poetry. Barb was an honorable mention in 2001 for The Academy of American Poets/Arthur Rense Prize, was rewarded the Critical Difference for Women, Women of Color Advancement Grant from the Ohio State University in 2001, and she also received the Ohio State University Graduate School Fellowship from 1999-2000. She’s also been published in several literary journals.

Struggling with bipolar disorder, Barb bases several of her main characters on those battling daily with mental illnesses themselves, from depression to compulsive hoarding. Her first published story was about an older gentleman in the beginning stages of Alzheimer’s. She wants to use her writing to battle the heavy stigma on mental illness. Her blog is dedicated to bipolar disorder as well.

She takes medication to balance her emotions and she’s received ECT (electroconvulsive therapy) in the past. She’s found that these haven’t had an effect on her creativity at all.

Her goal for this year is to publish another one of her works in a literary journal. She’s also working on publishing a collection of short stories. 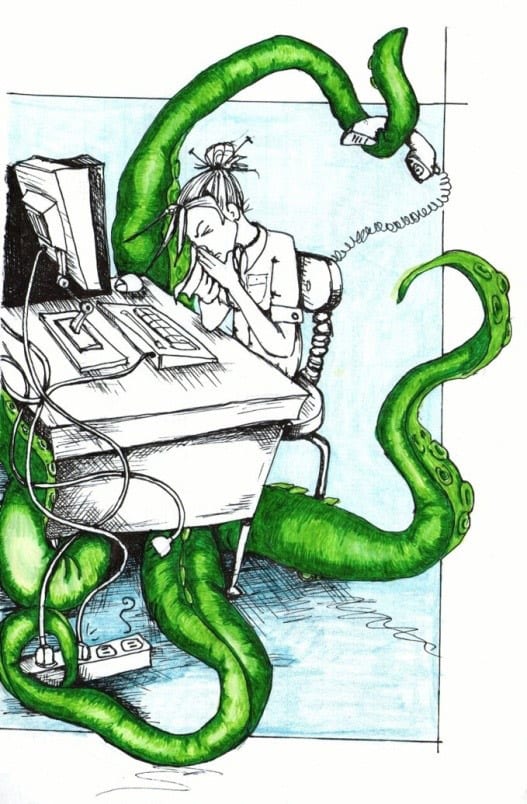 Nina has a love for all forms of art. She was inspired by her artist mother and has been drawing since she could hold a crayon. She sells some of her pieces for commercial use and has even had one her works on display at the Denver Art Museum a few years back. She hasn’t had a formal education in art but that hasn’t stopped her from putting her heart into her work.

Nina had a diagnosis of bipolar II disorder later in life, at the age of 30. Looking back, she has found that bipolar disorder has fueled her creativity, from her worst moments to her best. She works on connecting with her deepest depression by incorporating it into her art. There’s a therapeutic wonder of getting her darkest feelings out onto a canvas, sculpture, or sketch. Nina finds herself creating and growing during her hypomanic episodes. She once completed 5 oil paintings and 2 sculptures in just 3 days. She receives an extra boost, a rush of creativity, during these episodes but at the same time, has been known to have scattered or incomplete art projects.

On medication, she finds that she loses the edge of her creativity. She doesn’t have the same desperation to create and she’s not quite as connected with her pieces. At times, she feels her medication dulls some of her work and it doesn’t have the same authenticity as what she created before. However, with her medication she has fewer projects she’s left behind and completes much more work. The medication helps her to focus on finishing her projects without the distractibility of a high or low.

She wants to continue her art for years to come. She isn’t worried about financial gain; she finds herself creating and bringing life to art as a form of therapy. She hopes one of her pieces will help someone out there struggling as well.

A bipolar disorder diagnosis shouldn’t be treated as a death sentence. We face hurdles and obstacles daily, within our mind and within our hearts. We don’t have a natural balance of emotions and even with medication and therapy, we still have days of intensity.

Yet, there is a silver lining to these mood shifts and what we’ve overcome, and what we have yet to overcome. We have the ability and the gift to express our emotions through art, music, and the written word. We have so much passion and sensitivity to give to the world. We do this for ourselves, for others like ourselves and for those struggling to understand their loved ones impacted by a mood disorder.

Want to read Touched with Fire? Check out the link below!

Your purchases will help support the costs of running rtor.org, a free service of Laurel House, Inc., 501 (C)(3), non-profit organization. 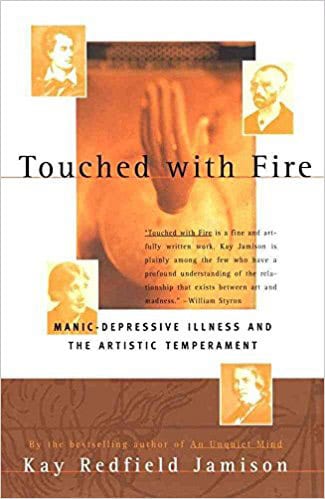 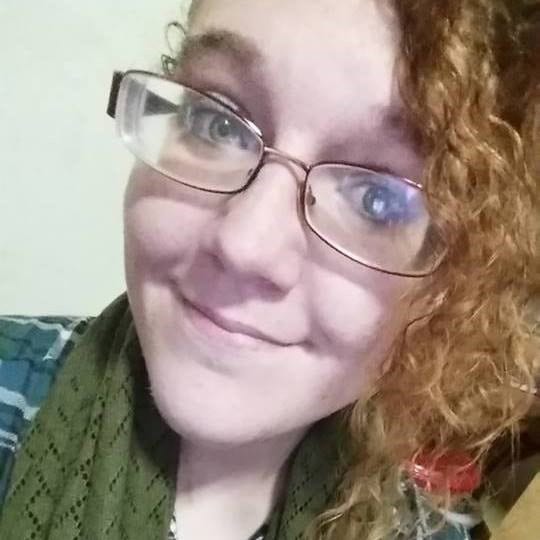 Author Bio: Casey Elizabeth Dennis is a freelance writer, blogger, and creative writer. Her main focus is addiction and mental health, from the scientific perspective to the personal perspective.

10 thoughts on “The Light of Bipolar Disorder: Creativity”