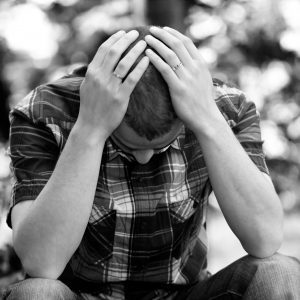 The word depression can be misleading. Everyone has felt depressed at times over such challenging situations as a setback in one’s career or the ending of an important relationship. For most people, the sadness is temporary. Clinical depression (major depressive disorder) is more than just a temporary feeling. It is relatively long-lasting, can get worse over time, and significantly interferes with a person’s daily activities.

Depression is the most common mental health disorder after anxiety disorders. It affects 7% of adults in the United States in any given year, with a lifetime prevalence of 21% of all Americans. According to the World Health Organization, it is the leading cause of worldwide disability. Men and women may experience depression differently. Women are affected at twice the rate of men, while men with depression are more likely to die by suicide. There are also gender differences in the way symptoms are experienced.

Clinical depression can take several forms. Some examples are:

Major depressive disorder involves a consistently depressed mood or loss of interest or pleasure in normal activities for a period of at least two weeks. Variations of major depression, such as seasonal affective disorder and postpartum depression, may have specific causes and may involve slightly different treatments, such as light therapy for SAD.

All depressive disorders belong to the category of mental health conditions known as mood disorders. These disorders affect a person’s mood, causing it to be consistently lower (depression and related disorders), or sometimes lower and sometimes higher (bipolar and related disorders). A person with bipolar disorder may experience severe depression at times. The presence of depression with extreme mood swings or mania is usually a sign that the person has bipolar disorder, not a depressive disorder.

There is hope for those who live with depression. Read about the many successful and notable people who have experienced this disorder in our post on Living Well with Depression.

Many people feel sadness or mild depression in certain situations and circumstances. For a diagnosis of major depressive disorder to be made, a qualified health professional must:

Symptoms of depression include:

Major Depressive Disorder – what most people think of as clinical depression (see above).

Seasonal Affective Disorder (SAD) – a period of major depression that usually occurs during winter months when days are shorter. SAD is a potential feature of major depressive disorder and is not considered a separate diagnosis.

Bipolar Disorder (formerly “manic depression”) – a serious disorder involving major mood swings that include emotional highs (mania or hypomania) and lows (depression). Although people diagnosed with bipolar disorder may at times experience severe depression, the treatment for bipolar is very different from that for major depressive disorder.

“Situational” Depression – not a formal diagnosis, feature or disorder, but commonly used to describe the depressed mood or sadness many people feel when dealing with a stressful life event, such as a death in the family, divorce, or sudden unemployment.

Depression and depression-like symptoms can also be caused by or linked to substance use or withdrawal, menstruation in women, use of some medications, or the physical effects of a medical condition.

Major depression and related disorders are frequently seen with other mental health conditions, known as co-occurring disorders. The most frequent are: anxiety disorders, substance use disorders, eating disorders and medical illnesses such as cancer, diabetes and Alzheimer’s syndrome.

True depression is a medical condition and a person who has it cannot get better by simply “snapping out of it” or by having a better attitude. Depression can occur at any age. It is most common in adults aged 25-44, with a median age of onset of 32. Major depression is a serious mental health problem that has the potential to be a disabling condition. It also carries a higher risk of suicide. The good news is that there are many effective treatments that offer a range of options to the person affected.

Major depression usually occurs in episodes which can last for 3-12 months. Many people experience several episodes before they seek help. Early intervention results in better outcomes and a lessened chance of developing a lifelong disability. For this reason it is better to seek treatment as soon as the first symptoms appear.

Depression is most often treated with psychotherapy or medication, frequently together. Other treatments, such as Electroconvulsive Therapy (ECT) and Transcranial Magnetic Stimulation (TMS) may be helpful for some people who do not respond to more typical treatments. Although people diagnosed with bipolar disorder may at times experience severe depression, the treatment for bipolar is very different from that for major depressive disorder. The following treatments and supportive services may be helpful to a person with major depression:

It can be deeply distressing to watch a loved one in depression, especially if that person is a child, teen or young adult. Our culture tends to think of childhood and adolescence as happy, carefree times of life, free of worry from the problems of the world. This makes it easy for families, as well as educators and other professionals, to overlook the signs of depression in a young person. It is also possible to confuse signs of depression in young people, as their mood may seem more irritable than sad.

Depression carries an increased risk of suicide. Family and friends should be aware of the risk factors and warning signs, and never dismiss or ignore a depressed person’s thoughts or words on the subject of suicide.

Symptoms of depression can resemble those of a substance use problem, and in fact the two are often linked. Knowing the symptoms and signs of both and understanding how they interact as co-occurring disorders can aid treatment, care, and recovery.

Severe depression has the potential to be a disabling condition. However, most cases of depression occur in episodes lasting 2-3 months. Many people with depression lead happy, active, fulfilling lives in the periods between episodes. Medication, psychotherapy and healthy self-care practices can lessen the impact and severity of episodes when they do occur.

Many notable and famous people have led highly productive, celebrated lives while living with depression, as featured in our post on Living Well With Depression.

If you or a family member struggle with depression, RtoR can help you find the right mental health resources to treat the problem. For free personalized assistance click here to contact one of our Resource Specialists.