Depression is a common mental health disorder that tends to be cyclical in nature. Some people experience a single episode after a difficult event or period in their lives, while others struggle with it over the course of a lifetime. The following is a list of notable people who have experienced major depression or a related mood disorder. Many of them found relief from their symptoms in their work or other positive activities such as meditation, parenting and mental health advocacy. 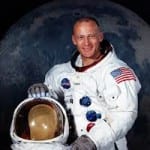 ldrin – the famous astronaut struggled with depression and alcohol addiction after becoming the second person to walk on the moon.  He tells his story of redemption and recovery in the book Magnificent Delusion  and went on to become chairman of the National Mental Health Association.

Amanda Beard – the Olympic gold medalist struggled with bulimia, self-cutting and depression during her much of her competing years.  Her perfectionism and the pressures of being a teenaged Olympic athlete contributed to her problems.   Antidepressants and therapy helped her manage, but she still struggles with her symptoms even though she no longer takes medication.  “It’s not like I went to therapy and-poof!-better.” 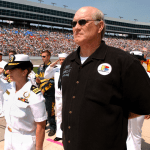 Terry Bradshaw – the Hall of Fame quarterback was diagnosed with clinical depression after going through a difficult divorce that led to weight loss, insomnia, constant crying and dependence on alcohol to dull his feelings.  He finally got help after confiding to his preacher who referred him to a mental health professional for treatment with therapy and antidepressants.  The two-time Super Bowl MVP said it took all his courage to admit he was depressed and needed help.  In 2004 he launched a public awareness campaign to destigmatize depressive disorders. 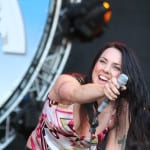 Mel C – the stress from years of touring led to depression and an eating disorder for the former Spice Girl.    At times her depression was so severe that she could not get out of bed for days at a time.  She found relief from medication, counseling and alternative therapies after her mother encouraged her to seek help.  “I took anti-depressants for 18 months and it was a very gradual road to recovery,” she says. “Luckily I haven’t had to take them since.”  When she became pregnant in 2008 she feared that she might relapse into depression, but the experience of motherhood improved her confidence and caused her to reevaluate her relationship with food. 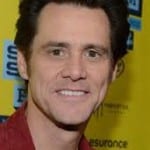 Jim Carrey – one of Hollywood’s most successful actors, Carey took antidepressants “for a long time” to manage his depression.  Now he avoids all mind-altering substances and practices a form of mindfulness in his approach to life and acting: “…just be in the moment.  And live now.  Because this is all there is.  And enjoy now like a child.  And be your authentic self.” 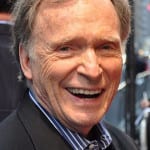 Dick Cavett
– the talk show host has struggled with depression since his freshman year of college.  He has had several debilitating episodes when he could not get out of bed and considered suicide.  He was helped by medication and electroconvulsive therapy (ECT).  “In my case, ECT was miraculous. My wife was dubious, but when she came into my room afterward, I sat up and said, ‘Look who’s back among the living.’ It was like a magic wand.” 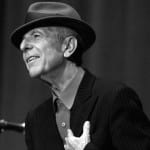 Leonard Cohen – the singer-songwriter often referred to as the “Godfather of Gloom” struggled with severe depression for more than 40 years, trying treatment with antidepressants and psychotherapy, and self-medicating with alcohol, drugs and sex, with no relief of symptoms.  His depression finally lifted when he embraced the simple life of a monk on a Buddhist retreat. 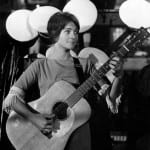 Judy Collins – at the height of her fame in the ’60s and ’70s, the Emmy-winning singer and songwriter struggled with depression and bulimia.  She became an activist for suicide prevention after her only son Clark took his life at age 33 after a long bout with depression.  She wrote about his experience and her own struggles with mental health in her 1998 memoir, Singing Lessons: A Memoir of Love, Loss, Hope and Healing. 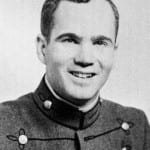 Pat Conroy – the author dealt with themes related to his depression and experience of child abuse in such acclaimed novels as The Lords of Discipline, The Prince of Tides and The Great Santini.  Conroy has said that “Depression has formed the underpinnings of my entire career as a writer.”  However, he credits psychotherapy, not his writing, with saving his life after a near-fatal suicide attempt. 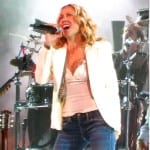 Sheryl Crow – the rock star considered suicide in her 20s due to her depression.  Chrissie Hynde, former lead singer of the Pretenders, recognized she was struggling and encouraged her to seek help.  She told the Daily Mail that there was a time in her career when she could not perform without getting drunk.  Now she feels “the greatest buzz is performing sober. You have so much adrenaline, you don’t need booze.” 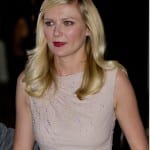 Kirsten Dunst – the popular actress acknowledged on TV that she was hospitalized for major depression, citing the pressures of her profession as a contributing factor.  Her award-winning performance as a depressed bride who can’t make it through her own wedding reception in Melancholia is painfully realistic.  She told Town and Country magazine how hard it is for actors “to have skin tough enough to withstand sometimes really hurtful criticism, but also, in order to do the job, be really sensitive and in touch with their feelings.” 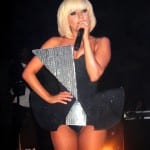 Lady Gaga – the pop music superstar acknowledges having a daily struggle with depression and anxiety.  In 2012, she formed the non-profit, Born This Way Foundation in part to help teens who struggle with difficult or deep emotions.  ” I’ve suffered through depression and anxiety my entire life.  I still suffer with it every single day … I just want these kids to know that that depth that they feel as human beings is normal. We were born that way.” 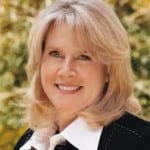 Tipper Gore – the former Vice President’s wife struggled with clinical depression after a near-fatal car accident involving her young son.  With the benefit of treatment she experienced a full recovery.  Ten years later she publically disclosed her personal experience with depression and used her political clout to become one of the nation’s foremost advocates for mental health. 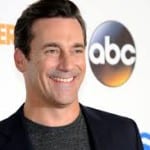 Jon Hamm – the Mad Men actor revealed that he has struggled with depression since the death of his father when he was 20 years old. Medication and therapy help him manage his symptoms.  “It gives you another perspective when you are so lost in your own spiral.” Hamm has also been treated for alcohol addiction.  His partner, the actress Jennifer Westfeldt, has said that his portrayal of the hard-drinking character Don Draper on TV has “weighed heavily on Jon.” 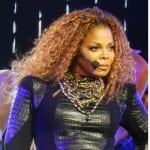 Janet Jackson – in her 2011 memoir True You: Overcoming Self-Doubt and Using Your Voice  the famous singer offers self-help advice and opens up  about her own struggles with depression and body dysmorphic disorder. 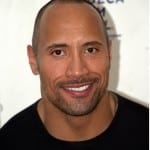 Dwayne “The Rock” Johnson – the former pro wrestler and current action film star has opened up about how faith helped him get through a devastating bout of depression after his early career in football faltered. 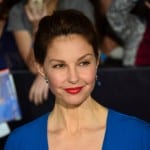 Ashley Judd – in her 2011 memoir All That Is Bitter and Sweet the actress writes of her struggles with depression, including thoughts of suicide in sixth grade.  A 42-day intensive treatment program in 2006 turned her life around.  “I would have died without it,” she told People magazine.  A big part of her recovery has been her reconciliation with members of her celebrity family, who have also struggled with mental health and addiction issues. 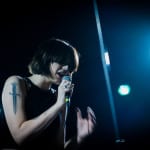 Alanna McArdle – the former singer for punk band Joanna Gruesome was diagnosed with major depression at age 16.  She credits other people’s music, including that of solo artist Grouper, with carrying her through that period of her life and helping her understand what was happening to her.  She later went on to become a successful musician on the alternative music scene and has spoken up to dispel the myth that mental illness somehow fuels creativity. 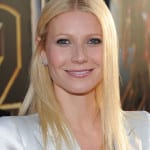 Gwyneth Paltrow – the Oscar-winning actress struggled with postpartum depression after the birth of her son, Moses.   At first, she did not recognize the signs of this common disorder which affects up to 10% of women after childbirth.  It was her husband who noticed the signs and encouraged her to seek help.  Therapy and exercise helped her recover, and she still relies on an active fitness routine to keep herself in good mental as well as physical shape. 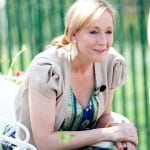 J.K. Rowling – the author of the popular Harry Potter series experienced a severe depression after the break-up of her short marriage.  At one point she contemplated suicide, but concern for her young daughter prompted her to seek help instead.  Rowling has stated that writing the first Harry Potter book helped pull her out of her depression. 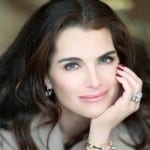 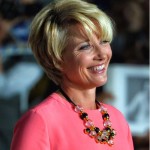 Emma Thompson – the Oscar-winning actress has battled clinical depression for most of her life.  Writing the screenplay to Sense and Sensibility helped pull her out of her last round of serious depression.   “The only thing I could do was write. I used to crawl from the bedroom to the computer and just sit and write, and then I was alright, because I was not present.” 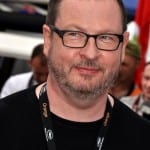 Lars Von Trier – the Danish movie director has struggled with depression at various points in his career, along with an intense fear of flying.  The movie Melancholia is his attempt to come to terms with his depression. 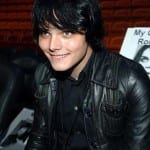 Gerard Way – the former lead singer of My Chemical Romance experienced the worst depression of his life after the break-up of the band.  For several tumultuous years prior to that he struggled with serious addiction issues and contemplated suicide on several occasion.  He has stated that his music and fellow bandmates are what saved him.  “I realized this was the therapy that helped get me through it.”  He has written about his experience with the “happy-sads,” as he calls his depression, on his blog. 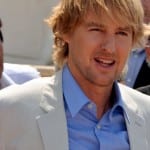 Owen Wilson – at the age of 38, the popular actor with the laid-back image and easygoing manner landed in a hospital after a serious suicide attempt that nearly ended his life.  Although the news was much published at the time, his family, friends and Wilson himself have been tightlipped about the cause other than to say he was depressed.  Wilson was back on the celebrity social circuit and making movies within months of his release from the hospital.  He now has more than 20 movies to his credit since his 2007 suicide attempt.

5 thoughts on “Living Well With Depression”