This article contains spoilers for The Visit, The Village, The Happening and The Sixth Sense. If you don’t want the details of these films ruined for you, watch them first and meet me back here.

I want to discuss your latest work, The Visit with you. I went to see this Horror flick soon after its release expecting to be shocked and entertained by another legendary M. Night Shyamalan twist ending. Instead all I witnessed was a trope-filled movie containing a heaping portion of mental illness stigma.

In the film, you have two teenagers who go to spend a week with their estranged grandparents. When their mother was a teenager she had a horrible falling out with her parents therefore these children have never met their grandparents. Now the grandparents (who work at a psychiatric hospital) want to get to know their grandchildren. First of all, this whole situation is barely believable but I put up with it in hopes of a cool ending. The teens, who are conveniently filming everything, arrive at their grandparents rural home and start to notice their grandparents strange behavior. First the grandmother is seen wandering around the house late at night vomiting. Then she is running, skipping and crawling around the house while giggling and growling. The grandfather explains this away by saying the grandmother has Sundowners; a side effect of advanced Alzheimer’s where the darkness of the evening causes hallucinations and strange behavior. But as time wears on, the grandfather starts to behave strangely as well. He attacks a man who he thinks is watching him, he is caught a few seconds away from committing suicide and admits to seeing a white apparition with yellow eyes follow him around. During this time the grandmother’s behavior gets more intense as she almost strangles herself when she is caught having a hallucination, coaxes the granddaughter into the oven and attempts to kill the children in their sleep when she discovers their video camera is recording her. 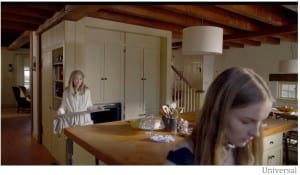 Long story short, the children soon learn that those elderly people are not their grandparents; they are escaped patients from the psychiatric hospital who killed the real grandparents and assumed their identities. As soon as this big twist ending was revealed, I felt a pain of disappointment and immense frustration. Not only did you get most of the details wrong about schizophrenia (the mental illness the two escaped patients are hinted at having) but you also pushed a fear of the “mentally ill” on to another generation. There were mostly high school and middle school aged teens in the audience where I saw the movie and I assume many other kids in this age range saw the movie all over the country. Now all of these kids will think that those with schizophrenia will have murderous tendencies. If you bothered to learn about mental illness before making this film, you would know schizophrenia doesn’t make you inherently dangerous and that odd behavior, hallucinations and paranoia are not the most challenging symptoms of the disorder.  The most debilitating part of schizophrenia is how it changes cognition. It can make it hard to concentrate for more than a few moments or remember things even if they just happened. Someone who is experiencing delusions and hallucinations at the level these two people in the movie are would not be able to organize their thoughts well enough to follow through with their murderous scheme then keep it up for almost a whole week. 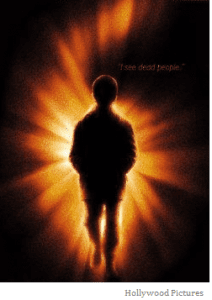 In several parts of the movie, you have the grandmother reacting to auditory hallucinations, inflict self-harm, fall into a catatonic state and unwittingly admit to details about her past as a psychiatric patient then switch back to pretending to be the two teenagers’ “nana” all within a few minutes’ time. This isn’t how mental illness works. People who have schizophrenia don’t flip between types of symptomatic behavior like a rolodex. It’s almost like you looked at a symptoms list on WebMD and turned to the actress and said “Just act these out.” Aside from portraying mental illness inaccurately, you actually use it as the big reveal towards the end of the film. You are most renowned for your twist endings and yet you chose mental illness to be the twist for this film. Your most loved movie The Sixth Sense’s twist ending involves the paranormal, The Village’s twist revolves around a strange social experiment, and in The Happening it turns out it is just nature not bioterrorism that is causing all the problems in the film. All of these twist endings are entirely fictional and aren’t based on something that is already unjustly feared and stigmatized by society. Ghosts, freaky social experiments and nature’s wrath against mankind aren’t affecting 1 in 5 Americans like mental illness is.

The only hint of truth in The Visit lies in the two escaped patients’ reasoning for wanting to spend time with these children. The female patient killed her children in a delusion about how aliens would give them eternal life if she drowned them in a pond. The male patient was shunned by everyone he knew when he admitted to seeing things that weren’t actually there. It appears both have been living in a psychiatric hospital for many years, if not decades. They wanted this one week with these two children to have the family that mental illness denied them.  That is the only piece of truth that this movie was able to produce about mental illness because stigma, isolation and forced prolonged institutionalization aren’t helping anyone recover from their disorder. Even though this part humanizes the two escaped patients, the film instantly switches back to showing these people with mental illness running around killing or attempting to kill people.

A few decades ago it was new and exciting to have a horror movie killer be “psychotic” or “criminally insane” but now it’s just a used up offensive cop out where real writing could have taken place. Instead of noticing how offensive this film might be to people with mental illness or have loved ones with mental illness, you were too focused on winning the tween audience with your references to rap, slang and overuse of cheap jump scares. I know you have the cinematic chops to create a thrilling twist ending that doesn’t add to the stigma against people living with a mental illness.

Best of luck with your next film,

12 thoughts on “A Review of “The Visit”: An Open Letter to M. Night Shyamalan”