Today’s guest blog post is by a young writer from Pakistan, Saim Cheeda, who lives with anxiety and depression. Saim may be writing from halfway around the world, but his guest post shows that these disorders and other peoples’ reactions to them are universal across cultures. He brings a positive message to people everywhere living with anxiety not to let society’s negative judgements hold them back.  – Jay Boll, Editor in Chief

Anxiety is the most common problem people seek out therapy for. It affects every person at some point in life but is considered a mental illness when sufferers display signs of chronic anxiety. The ill-effects of suffering from this problem aren’t restricted to physical distress, with a significant amount of impact dealt to a person’s emotional well-being.

From my own experiences living with anxiety, I have been on the receiving end of a number of remarks thrown my way by people who don’t understand me. Others stricken with anxiety have lived through the same because this isn’t an isolated stigma surrounding the illness.

A sense of being judged over what you might say, or the prospect of facing strangers who may or may not consider whether you behave this way on purpose, hangs over your head during social interactions; this also manifests at work or school.

It’s difficult to find help when it’s hard to explain what you’re going through. If you’re suffering from anxiety, judgements are made regardless of gender, ethnicity, location, or background.

The “Man Up” Argument

I remember confiding in my friend over my worries for a job interview. His response: a curt, “We’re men; we’re not supposed to be scared”.

Men are still burdened in this day and age with the image of being considered dominant. To this end, any hint of fear is taken as a sign of weakness.

The men that seek help are handed out the wrong advice; mostly in the form of a “Man Up” statement. This does nothing for the person suffering from anxiety, as the advice offers nothing of substance.

Adverse effects of shutting down fears rather than confronting them can result in a false idea of masculinity and prolonging the issue of anxiety. This causes the person attempt at ignoring the problem that plagues them.

Masculinity is not a defined character trait; it’s about feeling comfortable in your skin for being the person you are. Stereotypes toward male roles shouldn’t dictate how you carry yourself.

Being Called Weak and Useless

Indecision is a result of anxiety; formulating several scenarios in the mind is an impulse that proves hard to control. With such thoughts, you could spend restless hours going over one matter repeatedly with no resolution.

This lack of initiative is misconstrued as a sign of weakness, and you could find yourself being branded as useless. With the mind already in doubt, you could take heed to these comments and begin believing them.

“You do nothing to contribute for your family.”

A friend of the family said this to me, perceiving my lack of noticeable involvement as actions of an ungrateful brat. There was nothing I could think of saying, and remained silent while stealing a gaze toward the wheelchair I had pushed my grandmother on while rushing her to the hospital a week ago.

To fight this notion, think of all you have accomplished over your life. Think of the things that make you passionate; these are achievements you’ve made because you weren’t held down by thoughts of worthlessness.

Known To Be Arrogant

A case of social anxiety brings with it avoidance. It’s a natural inclination to avoid large gatherings when you’re anxious to mingle with people. This is misinterpreted by others as a sign of arrogance.

I was singled out by my brother, who accused me of thinking myself to be “better than others” when I declined attending gatherings.

When a person avoids meeting people, society interprets that as a sign of them possessing arrogance for refusing to socialize. No one knows you’re probably fiddling with your hands in the corner, running through dozens of scenarios where you take a chance and throw yourself in the crowd, hoping that would make them accept you.

I didn’t know why I was being called out for my arrogance when I’d thought I was doing enough to please people. And in my intention to make up for this false image of myself I inadvertently ended up coming across even more conceited.

I overheard a colleague whispering to another about a planned trip of office mates. When the first one nodded in agreement, I retreated back to work, pretending that hidden exchange didn’t sting in the chest.

Anxiety causes people to avoid pursuing romantic interests. Not everyone is up to the task of chatting with someone from the other sex and shyness is taken as disinterest in seeking relationships.

Once it becomes noticeable a person is avoiding interaction with people of the opposite gender, it can be seen as confusion over one’s sexuality. Heterosexuals may be regarded as closeted homosexuals and vice versa. You could even begin questioning your sexuality due to repeated remarks about it.

This can lead to concerns over sexuality, resulting in lower confidence and depression.

Fidgeting, stuttering, and other ticks are visible when an anxious person is in an uncomfortable situation. Bullies take advantage of this behaviour. The sufferer can conversely begin exhibiting more fidgeting than before the bullying commenced due to feeling conscious.

Social anxiety results in overcompensation of behaviour, such as smiling excessively when around larger amounts of people. Despite being bullied, the sufferer will continue smiling in order to hide their displeasure of the situation. You could be stuck with the tag of a “wimp” for not defending yourself.

There are people who prey on those who don’t exude the same level of confidence the bullies do. This doesn’t make them any better than you. Remember, they are the ones with the problem; you never did anything wrong. If you’re stuck with an undesirable label, it doesn’t make it true.

People with anxiety aren’t necessarily against the concept of fun. They may indulge in light-hearted interactions with social circles they are comfortable in, but in environments where they don’t feel like they fit in they come across as dull.

It will come as a massive surprise to find out a person you think isn’t fun is in fact capable of being the life of the party. The environment where you are plays a part in how you present yourself. In my personal circles I’m notorious for being a jokester. Among people I’m not comfortable with, I’m the last one approached for a chat.

You’re not boring. There are beautiful qualities in all of us. We don’t need to scream it at the top of our lungs to be noticed, we just need to be around those people who understand us.

A fear of judgment may prevent you from beginning, or getting underway with, your work at hand. Anxiety over potential mistakes can hinder your progress, with delays in carrying on the task. This indecisiveness is surmised as lethargy by observers.

The extensive time taken to complete an assignment can hurt a person’s credibility, resulting in them being judged as a “lazy person”.

I remember being at the library for hours obsessing over every single detail of my college project, my heart throbbing aggressively within the confines of my ribcage, my mind creating impossible scenarios where a single mistake cost me my education. After panicking the implications of the assignment and spending the day cutting and chopping content, I submitted it to my teacher, who proceeded to admonish me for my tardiness.

“You can’t succeed if you don’t take this seriously.” He snapped, snatching the papers from my numb fingertips.

It’s not right for you to continue making mistakes or keep delaying important work. But it also doesn’t mean you accept ridicule over something you can’t control. The best way to get past this rut is to communicate with colleagues or peers over your issues. A little help goes a long way toward gaining confidence.

Being accused of flaws in character can be discouraging, especially when these accusations aren’t true to your personality. It is important to remember the cause for your shortcomings, and that it isn’t your fault for being classified as a person you are not.

Suffering from anxiety can become a sink-or-swim situation; you must be knowledgeable of the factors that are hurting your lifestyle. Once you’re aware of what’s holding you back, steps should be taken to overcome your anxiety.

It is imperative to understand that anxiety is treatable and taking the proper course of action for your troubles is the right way to proceed. The tags placed on you by society are by people who don’t understand what you’re going through – their judgment does not define who you are. 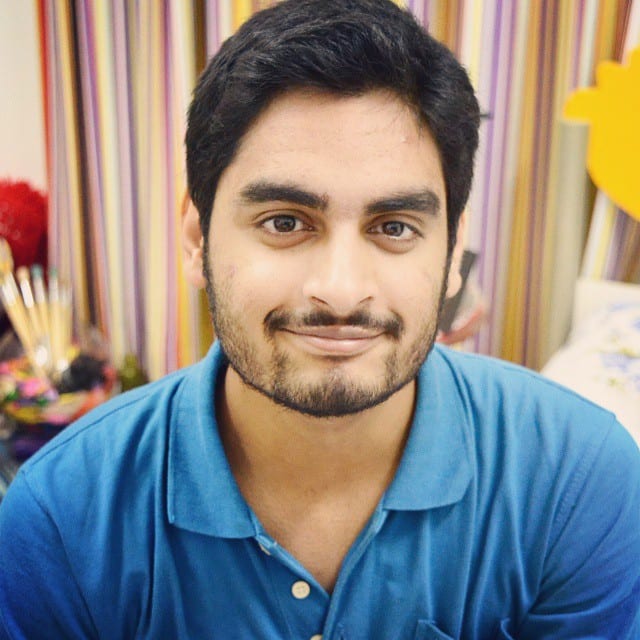 Author Bio: Saim Cheeda is a 25-year-old freelance writer and novelist from Pakistan. He has dealt with anxiety and depression since 2010 and writes to bring awareness to mental health. He can be found on his personal blog called 3 States Apart. He has also written three novels focusing on life, spirituality and love.

Photo by Dollar Gill on Unsplash