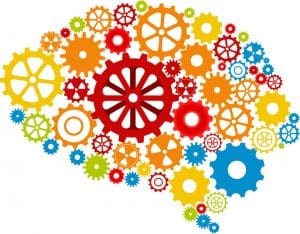 Yesterday, a reader of my blog, asked a question in the comments section about environmental triggers in schizophrenia. The short answer I wrote in reply was “Trauma, stress, use of marijuana and other psychoactive substances are thought to be common triggers of psychotic symptoms.” I did a little poking around today and found this story on NPR which sheds light on the role of environmental triggers in mental illness and how they might be avoided or reversed: New Clinics in California Seek to Stop Schizophrenia Before it Starts

This public radio story, available in both audio and written transcript versions, chronicles the experiences of a young woman who began to show prodromal signs of schizophrenia at age 19, but was able to avoid the manifestation of the disease itself through a process of early identification and intervention.

Prodromal symptoms are early symptoms which precede the full onset of an illness, such as aural or visual hallucinations in the case of schizophrenia. During the prodromal phase of schizophrenia, a subject has insight that these symptoms are the sign of a mental health problem.  As symptoms progress and insight is lost, full-blown psychosis may set in and the prospect for a full recovery is greatly reduced.

Typically in schizophrenia, the first psychotic break occurs in late adolescence or early adulthood, often coinciding with an abrupt change in the young person’s life, such as leaving home for the first time. Rachel Loewy, an associate professor of psychiatry at UCSF, notices the impact on campus.  “Every November we get a huge influx of people who went off to college, into a stressful environment, heading into finals. That’s when we see a lot of first psychotic episodes.”

Reagan, the young woman featured in the story, realized she was in trouble when her depression took a turn for the worse and she began to experience frightening hallucinations which she understood to be a sign of mental illness. She got help from Ventura Early Intervention Prevention Services (VIPS) and after two years of individual and family therapy, tutoring, job counseling, exercise and medication, she now lives free of symptoms and all medications.

For someone with a genetic predisposition, an environmental stressor such as leaving home, or a traumatic event, such as an assault, or the use of a psychoactive substance, such as marijuana, can be the trigger that pushes someone closer to a full psychotic break. One goal of early intervention programs like VIPS is to provide support and reduce stress to prevent young people from being pushed completely over the edge.

Only one-third of young people with prodromal symptoms actually develop full-blown schizophrenia and the idea of a prodromal phase is itself controversial. But in the case of Reagan and her family, they are very grateful that she has dodged the schizophrenia bullet, an outcome which they attribute to the early intervention of the VIPS program.

2 thoughts on “Environmental Triggers and Early Intervention for Schizophrenia: A Real Life Story of Recovery”