Less than twenty-four hours after the horrific racially-motivated murders at the Emanuel African Methodist Episcopal Church in Charleston, South Carolina, armchair psychiatrists on the Internet were speculating whether the alleged killer has a mental illness.  Among the first responses to an online article in the Wall Street Journal announcing the arrest of a suspect, 21-year old Dylann Roof, one reader commented:   “He developed schizophrenia is what happened.  Just like the CT kid.”  Another reader asked “Wonder what psychotrophic (sic) drugs he’s been prescribed for his schizophrenia?” 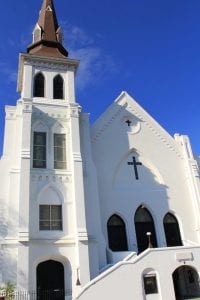 This is all conjecture, of course.  Roof had been in custody for only a few hours when speculation about his presumed mental illness began to pop up on the Internet – not in reputable news stories, but in the reader comments to the stories.  One self-appointed expert was so sure of Roof’s schizophrenia, that he was ready to lump him together with “the CT kid”, presumably Adam Lanza, the Sandy Hook killer of 26 who was actually never diagnosed or treated for schizophrenia.

Four days after Roof’s arrest, there is still no credible evidence to suggest that he ever had or was treated for a mental illness.  What we know about him from his own words is that he is an avowed racist who premeditatedly set out to kill African Americans in the hopes of inciting a race war.  According to NBC News, Roof told police he “almost didn’t go through with it because everyone was so nice to him.”  According to family members of one of the survivors, even in the midst of his killing rampage Roof spared one of the would-be victims for the express purpose of leaving someone to carry his message of racial hatred to the rest world.

“We have no skinheads, no real KKK, no one doing anything but talking on the internet. Well someone has to have the bravery to take it to the real world, and I guess that has to be me.”

Such thought and behavior is so far outside the realm of human decency, that we instinctively treat it as an aberration.  But is it mental illness?  One reader on the CBS News site called the shooting a “mental health issue” and stated that “racism is a mental illness.”  Most of us would agree that Roof’s behavior and beliefs constitute a form of madness.  His words and deeds betray a vileness of thought so extreme that we can’t just call it racism and leave it at that.  But to call it mental illness is a major disservice to the millions of Americans who live with medically diagnosable and treatable mental health conditions.

When the phrase “mental illness” is used to describe the thought and behavior of a brilliant Nobel Prize-winning mathematician like John Nash Jr. and the extremist ideology of a hate-mongering mass murdered like Roof perhaps it’s time to reconsider the meaning of those words and whether they continue to have  a place in our vocabulary.   People close to Nash say that he may have expressed racist views while in the throes of psychosis brought on by his schizophrenia.  He also expressed views about his communications with extraterrestrials.  Schizophrenia can do that to a person.  It can even make him feel so threatened that he will harm other people out of a misguided sense of self-defense.  But it does not lead to what happened in Charleston last week.  That takes a special form of hatred and disregard for human life that is closer to sociopathy than any mental illness.

Few of us will be surprised if Dylann Roof’s attorneys, once they are hired, mount a defense around a narrative of mental illness.  He may even have diagnosable symptoms for one or more mental health disorders.  A court-ordered psychiatric evaluation may shed some light on his condition, but ultimately won’t provide us with the answers we seek. Whatever ends up being said about Dylann Roof’s mental status subsequent to the tragedy in Charleston, mental illness did not cause him to shoot those people at the Emanuel African Methodist Episcopal Church.   He has already told us his reasons for what he did and they will never make sense to the vast majority of us.

So, please, let’s knock off the pointless speculation about whether Dylann Roof was mentally ill.  If we want to talk about mental health in relation to this terrible incident, let’s discuss it in a way that can be helpful and healing to the victims, their families, the community of Charleston and people everywhere who are harmed by racism.   Who will provide the mental health care that victims and their families need in the wake of such a tragedy?  How can we promote healthy dialogue on race and racism in our communities?  And how can we ensure that the actions of one aberrant individual do not engender further prejudice and fear towards millions of Americans who struggle, often valiantly, with real mental health conditions?

3 thoughts on “Is Dylann Roof Mentally Ill? A Plea for Sanity in the Aftermath of the Charleston Shooting”