Could there have been a worse year than 2016?  It began with the World Health Organization’s announcement of a widespread outbreak of the Zika virus and seems to be ending on a note of political rancor in the United States, while terrorist attacks threaten Europe and the suffering in Syria reaches new levels of horror.  In between, we experienced the trauma of the Orlando nightclub shooting, a growing opioid epidemic that claimed the lives of more than 1000 Americans a month, killer storms and wildfires that caused loss of life and property, and a drawn-out presidential contest that divided families and left many people feeling angry, anxious or depressed.

In 2016, we lost several giants in the worlds of sports and entertainment, including pop music legends George Michael, Prince, David Bowie, and Leonard Cohen, Academy Award-winning actor and mental health advocate Patty Duke, and one of the greatest athletes of all time, Muhammad Ali. To lose our Princess Leia, Carrie Fisher, in the last days of the year felt like a blow to the forces of good in the universe.

Some people have been saying that 2016 was the worst year ever. Maybe history will prove that true. But this time a year ago they were saying the same of 2015 and of 2014 the year before that. The reasons for this may have more to do with the way our brains are wired than the state of world affairs, as bad as they may seem.

Neuropsychologists speculate that the human brain evolved to pay more attention to negative events than positive ones. The tendency to focus on bad news may actually be a human adaptation to a harsh environment. If you are a hunter-gatherer engaged in a daily struggle for survival, it is more important to remember the poisonous snake you noticed in the brush than the herd of antelope by the watering hole. That’s because you can wait until tomorrow to eat the antelope, but the snake will kill you today if you don’t watch out for it.

In the same way, the bad news of 2016 months tends to overshadow the many positive things that happened in the last 12 months. Unemployment is at 4.6%, the lowest it has been in 9 years, and most economists agree that the US economy is in good shape. On the mental health front, Senator Chris Murphy (D-Connecticut) and Senator Bill Cassidy (R-Louisiana) introduced and built a bipartisan coalition of support for the Mental Health Reform Act, which Sandy Hook victims’ advocate Mark Barden called “the most significant piece of mental health legislation to pass through our federal government in decades.” And in sports, the Chicago Cubs ended a record 108-year stretch without a World Series victory, the longest in the history of all major American sports!

The tendency to focus more attention on disturbing news and events is known in psychology as “negativity bias” or the negative effect. It can even creep into our personal relationships, where we tend to notice the negative traits and actions of a partner more than the positive ones. Fortunately, cognitive behavior therapy (CBT) can help people overcome the negative effect and actually relieve symptoms of clinical depression by getting them to examine the cognitive biases that lead to negative emotions.

In 1979, the UK band Ian Dury and the Blockheads released a hit single “Reasons to Be Cheerful, Part 3” which can serve as an instruction manual for dealing with depression. In the song, the Chorus functions like a negative voice in Ian Dury’s head, taunting him with the refrain “Why don’t you get back into bed,” while he recites a long list of things to feel good about. The list contains references to news and events both large and small: the movement to end South African apartheid and the Marx Brothers; the cure for smallpox and carrot juice; equal voting rights for men and women and saxophone solos by John Coltrane.

In the spirit of the Blockheads’ song www.rtor.org offers the following positive news items from 2016 to counteract the troubling thoughts that may be negatively impacting your emotions this end of year.

Donations Pour In For Homeless Man Who Found New Jersey Bombs – Lee Parker, the homeless man who discovered an undetonated bomb at a busy New Jersey train station and carried it to safety before reporting it to the police, is homeless no more.  Thanks to a crowdfunding campaign launched by Donald Goncalves of Elizabeth, NJ, Parker now has his own apartment, along with several other beneficiaries of the Elizabeth Coalition to House the Homeless.

Judge Sentences Fellow Veteran to Jail – Then Goes Behind Bars With Him – A North Carolina judge made news in April when he spent a night in jail with a combat vet he sentenced for a probation violation.  Judge Olivera, a veteran of the Gulf War, said that Green Beret Joe Serna had to be accountable for his actions. At the same time, he recognized that Serna was struggling with mental health issues related to his combat experience.  “Joe was a good soldier and he’s a good man… I wanted him to know I had his back. I didn’t want him to do this alone.”

Guinness World Records Announces Holocaust Survivor as World’s Oldest Living Man – Born in Poland in 1903, 112-year-old Israel Kristal survived two world wars and backbreaking slave labor in Auschwitz and other concentration camps to claim the title of “Oldest Man Alive.”  Having lost every member of his family to the Holocaust, he immigrated to Israel where he now lives surrounded by the large extended family he started after his release.

A Transcendent Patti Smith Accepts Bob Dylan’s Nobel Prize – The unofficial Poet Laureate of Rock and Roll, Bob Dylan won the 2016 Nobel Prize for Literature and we were treated to a touching performance by fellow rocker Patti Smith singing a heartfelt rendition of “A Hard Rain’s A-Gonna Fall” at the Nobel ceremony in Stockholm.

Dr. Henry Heimlich, 96, Finally Uses Famous Technique To Save A Life – Dr. Henry Heimlich used his famous Heimlich Maneuver (yes, that Dr. Heimlich) for the first time at age 96 to save another resident of the retirement home where he lived.  He passed away 7 months later, having finally used the technique that has saved the lives of hundreds of thousands.

Girl With Autism Sings A Stunning Rendition Of ‘Hallelujah’ – A video of a 10-year-old girl with autism singing a holiday version of Leonard Cohen’s “Hallelujah” with her school chorus went viral days before Christmas.  Her stunning performance was a reminder to the world of the many contributions people with autism make to society and culture. 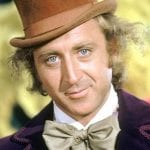 Gene Wilder’s Family Leaves Us with a Final Wish from Him – The world was a sadder place after it lost comic actor Gene Wilder to complications from Alzheimer’s disease in August.  We could all feel a little better, though, when his family released this explanation for keeping his condition secret: “so the countless young children that would smile or call out to him “there’s Willy Wonka,” would not have to be then exposed to an adult referencing illness… He simply couldn’t bear the idea of one less smile in the world.”

Do you have any good news stories, personal or public, from 2016? Please share them in the Comments section below.

And from all the staff at Resources to Recover, we wish you a Very, Very Happy 2017!

This article was originally posted on the Huffington Post.