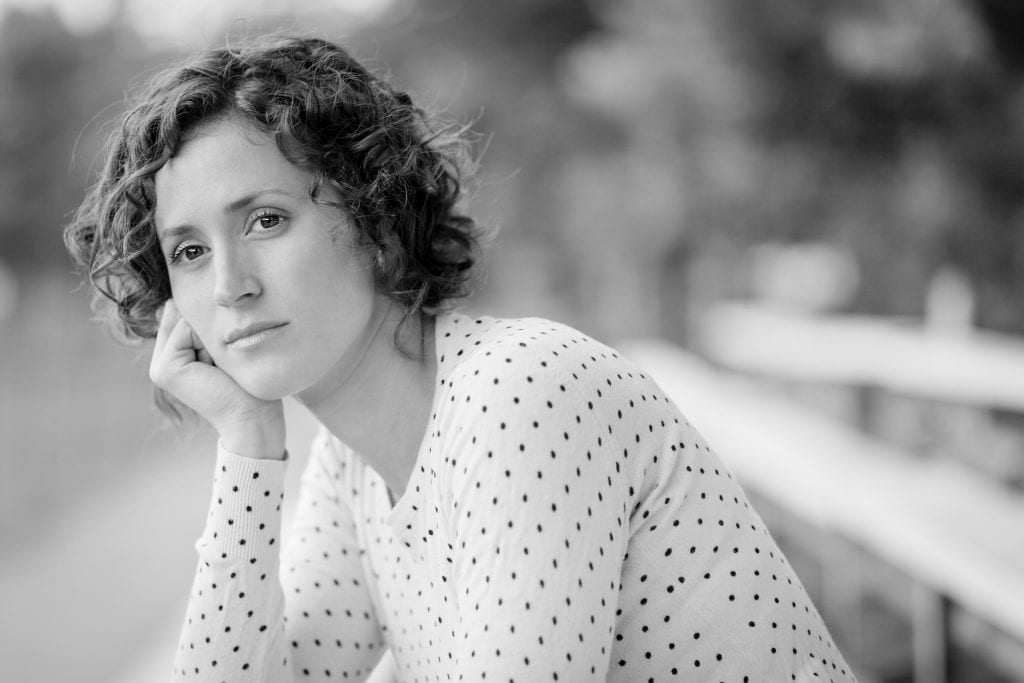 What is Bipolar Disorder?

Bipolar disorder is a serious mood disorder that affects up to 2.6% of the adult US population in a given year. Bipolar disorder is most commonly recognized by its manic highs and depressive lows. The term “manic depression” is an expression formerly used to describe this disorder. Manic episodes are characterized by periods of high energy and a elevated mood while depressive episodes are characterized by periods of low energy and feelings of sadness.

These shifts in mood are different and more severe than the typical ups and downs most people experience. For most people, these ordinary shifts in mood do not interfere with day-to-day functioning. Those with bipolar disorder might experience severe depression that interferes with their ability to work or mania that impairs their judgement and gives them a false sense of well-being.

The manic or depressive episodes in bipolar disorder can be dangerous. The sadness and hopelessness that come with depression increase the risk of suicidal thoughts or actions. The risky behaviors that accompany some manic episodes can be harmful to oneself and others. If you or someone you know is experiencing a mental health crisis, call 911 or contact your local crisis team. For more information on what to do in crisis, go to our page on mental health crisis intervention.

There are three types of bipolar disorder:

Many people experience sudden changes of mood, with happy or euphoric up periods and sad or depressed low periods. For a diagnosis of bipolar or related disorder to be made, a qualified health professional must:

• evaluate the symptoms to determine if at least one episode of mania, hypomania, or depression (see below) has occurred;
• rule out causes by other medical conditions, psychiatric disorders, or substance use;
• determine whether the disorder has caused significant distress or impairment in the person’s functioning.

There are several types of bipolar and related disorders. The symptoms are somewhat different for each type and may vary from person to person. The common element for all these disorders is the presence of some degree of mania and usually, though not always, depression. There are 3 kinds of episodes associated with these disorders:

Manic Episode – a period of unusually elevated, expansive or irritable mood, lasting at least 1 week and present for most of the day, nearly every day. A person in a manic episode may exhibit all or some of the following symptoms:
• An inflated sense of self-esteem, also known as grandiosity.
• Decreased need for sleep.
• More talkative than usual.
• A feeling that one’s thoughts are racing, also known as flight of ideas.
• Distractibility.
• An increase in goal-directed activity, whether socially, at school or work, or sexually.
• Agitation or a heightened sense of irritability, making a person seem argumentative or hostile.
• Engaging in high-risk activities, such as gambling, buying sprees, sexual indiscretions, or foolish business ventures.

Major Depressive Episode – a period of depressed mood, lasting at least 2 weeks and representing a change from previous functioning. A person in a major depressive episode may exhibit all or some of the following symptoms:
• Feelings of sadness, loneliness, or emptiness that last most of the day for several days on end.
• Loss of interest or pleasure in activities that used to be enjoyable, also known as anhedonia.
• Constant tiredness or loss of energy.
• Difficulty thinking clearly, concentrating, making decisions, or remembering.
• Feelings of worthlessness or excessive or inappropriate guilt.
• Feelings of irritability, frustration, or anger that are out of proportion with the circumstances.
• Restlessness and agitation.
• Sleep disturbances, including sleeping too much and sleeping too little.
• Change of appetite, most often leading to loss of weight, though some people may experience increased appetite and weight gain.
• Recurrent thoughts of death or suicide, as well as suicide attempts or plans.

Hypomanic Episode – a period of unusually elevated, expansive or irritable mood, with many of the same symptoms as a manic episode, but not severe enough to cause marked impairment in social or occupational functioning.

There are 4 basic types of bipolar and bipolar-related disorders:

Bipolar I disorder – A person with Bipolar I has experienced at least 1 manic episode that is serious enough to cause significant distress or impairment, such as a break from reality, behavior leading to arrest or other severe consequences, or the need for hospitalization. A person with Bipolar I may also have had 1 or more episodes of major depression, although the presence of depression is not required for this diagnosis.

Cyclothymic disorder – A person with cyclothymia has experienced multiple periods of hypomanic and depressive symptoms over the course of at least two years. These symptoms, which fall short of a full hypomanic or major depressive episode, occur at least half the time and do not disappear for more than two months at a time.

Other types of bipolar-related disorders – This category of disorders involves bipolar-like symptoms caused by substance use or medication, other medical conditions, or disorders that do not meet the full criteria for the above 3 disorders.
Bipolar disorder can be difficult to diagnose, especially in children and adolescents. There is currently no test available to determine if a person has one of these disorders. Symptoms of bipolar disorder are sometimes confused with attention deficit hyperactivity disorder (ADHD), schizophrenia and other psychotic disorders, borderline personality disorder, and major depressive disorder, especially when a manic or hypomanic episode has yet to occur in the case of the latter. Schizoaffective disorder is a separate condition that combines symptoms of schizophrenia, such as hallucinations and delusions, with symptoms of a mood disorder, such as mania and depression.

Most diagnoses of Bipolar I are made during or immediately after a manic phase of the disorder. Treatment often begins when a person is arrested, brought to an emergency room, or faces some other crisis resulting from their actions during mania. Bipolar II or cyclothymic disorder can be harder to diagnose correctly and it may take years before individuals with those two disorders receive the help they need. Symptoms of bipolar and related disorders usually emerge in early adulthood, with a median age of on onset of 25. However, some people are diagnosed at much earlier or later ages.

To make a proper diagnosis of bipolar or related disorder, the clinician must rule out other mental health conditions, such as schizophrenia and schizoaffective disorder, attention deficit hyperactivity disorder (ADHD), borderline personality disorder and major depressive disorder, as well as substance or medication use, and other medical conditions.

Untreated bipolar disorder can have devastating impacts on the lives of those who live with it. Only 48% (NIMH) of those with bipolar disorder receive treatment for their condition in any given year. Yet, with the right treatment and support, it is possible for people with these disorders to lead productive and fulfilling lives.

The following treatments and supportive services may be helpful to a person with bipolar disorder:

It is common to treat bipolar disorder with medications that help stabilize a person’s mood, relieve depression, and reduce the symptoms of psychosis if that is a problem. Psychotherapy and supportive services are also beneficial when combined with medication. ECT is sometimes prescribed to patients who do not respond to more typical forms of treatment.

The ups and downs of bipolar disorder, from mania to depression, can be hard on families, as well as the person living through them. It is painful to watch a loved one in depression and the high-risk behaviors that frequently accompany mania (gambling, substance use, buying sprees, and sexual promiscuity to name a few) can also take a toll on family members. Some people in a manic phase of the disorder may have behavior that is bizarre or frightening, such as  telling others they are endowed with superhuman powers. For other people, mania may cause extreme irritability, combativeness, or aggression.

Bipolar disorder can lead to problems in the workplace or embarrassing social situations. The grandiosity and exaggerated sense of wellbeing that often accompany mania are frequently mistaken as signs of extreme arrogance or narcissism. However, unlike true narcissists, people in mania often lack insight into their condition and are not fully in control of their behavior. In some instances, a person who is manic may behave inappropriately or use very poor judgment. These behaviors take a toll on families as well as the person who experiences them.

With proper treatment, the extreme ups and downs of bipolar disorder can be reduced or even eliminated. Many people function quite normally between the periods of mania and depression, and are able to live productive, satisfying lives. In fact, many successful leaders in business, science and the arts have acknowledged living with bipolar disorder.

If you are concerned that you or someone you care about might be experiencing symptoms of bipolar disorder, it is important to seek help from a qualified mental health professional. Our Resource Specialist can help you find expert mental health resources to recover in your community. Contact us now for more information on this free service to our users.