Since I started blogging about the epidemic of young adults living at home and not moving forward in their lives, people from across the United States, most of them parents, have contacted us on a daily basis about the problem they refer to as “Failure to Launch,” “Failure to Launch Syndrome” or simply “FTL.”

I first wrote about this phenomenon in 2016 in a blog post for rtor.org, Failure To Launch:  9 Tips for Managing Anxiety in Dependent Adult Children. That post was one of our most popular ever. Since then, I have written four more blog posts on the subject (this will be the sixth), with more than 61,000 pages viewed for the series, as of September 2018 and growing every week. We also receive more than one hundred calls and emails a month from families asking for help on behalf of a young adult with mental health issues.

Many of the parents who reach out to us for help ask about the “best treatments for Failure to Launch” or for recommendations on “FTL therapists.” This is a common misconception about the nature of this problem. Many mental health websites refer to “failure to launch syndrome,” as if it were an actual diagnosis.

We avoid the syndrome language on www.rtor.org precisely to avoid that kind of confusion. In my first blog post in the series, I expressed my discomfort using the term “failure to launch” to describe what is major social problem not just in families across America but around the world. I even devoted an entire blog post to this topic in the third installment of the series: Failure to Launch Part 3: What It Is and What It Isn’t.

Because there is so much confusion about this topic, I began that article with a list of What FTL is Not:

This was followed by a definition of what it is:

“Failure to launch” is a non-judgmental way to describe the frustration and concern families feel when young adults seem unable to move forward and achieve the major tasks of life expected for their age.  In this situation, families describe the young person as “being stuck” or unable to get on with life.

Failure to Launch is a situation, more than a diagnosis, syndrome, or mental health condition in and of itself. Very often, it involves those others things, but it is not a problem in an individual’s mental state that can be diagnosed and treated in the way that anxiety or depression can be.

Dealing with this situation usually involves more than just treating the young person for a mental health problem. In many cases, all members of the family situation will have to alter the way they communicate and interact with one another before a lasting change occurs.

Another point I am careful to make when writing on this topic is that failure to launch is not really a failure at all. The word failure implies something that has already happened and can’t be changed. But growing up has no end point. There really are no failures in a process that can take an entire lifetime.

What we have learned from the many calls and emails we receive is that most people in an FTL situation – parents as well as young adults – want to change, but don’t know what to do. Reaching out to us for help is a sign of their desire to change the situation. It is not a failure, but a step on the path to a better future.

Given the many negative associations with the phrase Failure to Launch, why do we use it on our website? The plain truth is that many families in this situation perceive the problem in those terms. Many of them feel defeated in their efforts by the time they contact us for help.

Writing about “failure to launch” is our way of drawing attention to the problem and reaching families who need help with it. It is not how we really view the situation. Having spoken with and helped hundreds of families a year with this problem we are actually very hopeful about the prospects of young adults with FTL. But before we can help families struggling with this issue, we have to reach them first.

While Failure to Launch itself is not a diagnosis, it is often related to one or mental health conditions. The majority of FTL cases handled by our Resource Specialists involve one or more identifiable mental health disorders or related features.

In either case, it helps to remember that FTL is a situation, not a diagnosis. Identifying the various mental health problems that contribute to FTL is an important first step to understanding and ultimately resolving the situation.

Anxiety – In our experience, anxiety and anxiety-related conditions such as social anxiety disorder are the biggest single contributor to FTL in young adults. Our first article in the FTL series focused on anxiety because it is such a common driving component in the FTL dynamic. Even when anxiety is not present as a diagnosable mental health condition (e.g., generalized anxiety disorder), anxious feelings can make a young person reluctant to move out of his or her comfort zone, greatly contributing to FTL.

Depression – Depression is another common feature in FTL, either as a full mental health disorder (e.g., major depressive disorder), or depressed emotions that can make a young person feel hopeless or apathetic.

Autism Spectrum Disorders (ASD) – Many young people with ASD have the intellectual skills to succeed academically in college, but find the adjustment to social life on campus, and later in the workplace, difficult. This is particularly true at the higher end of the spectrum, such as Asperger’s Syndrome. Our Resource Specialists receive many requests for help from parents of young adults with ASD who have completed college and are still living at home without a job while they work on a second, third, or even fourth degree.

Attention Deficit Hyperactivity Disorder (ADHD) – Impairment of executive functioning (the ability to analyze, plan and organize higher-level tasks) and self-regulation can be leading contributors to an FTL situation. Although problems with executive functioning occur within many mental health disorders, they are most typically associated with ADD and ADHD, particularly in the earlier stages of life.

Substance Use – Marijuana and alcohol are the biggest problem substances we see in young adults with FTL. That may seem counterintuitive, as those are often seen as the most benign and socially acceptable substances used by young adults. But that is precisely why they are such a problem for this age group. Their availability and social acceptability make abuse that much more likely to occur. For young adults with FTL, marijuana and alcohol use can greatly worsen any other mental health issues they may already have.

Co-Occurring Disorders – In its most common usage the term “co-occurring disorders”  refers to the co-existence of at least one mental health disorder and one substance use disorder in the same person. However the term can also refer to any combination of disorders, such as depression and anxiety. It is our experience that many young people in FTL have multiple co-occurring disorders. They may be on the milder end of the spectrum for each, but when you put them all together they create a bewildering mass of symptoms and impairments that can seem impossible to overcome.

“No-Occurring” Disorders – Many young adults who are stuck in life and struggling to launch do not necessarily have a mental health disorder. Having an avoidant personality style, low self-esteem, extreme introversion, poor executive functioning skills, or experiencing serious disappointments such as being fired or the breakup of an important relationship, can lead to an FTL situation. Some young people are just a little quirky and don’t fit into neat diagnostic categories, though they seem to struggle with mental health or emotional issues. These individuals may not have an identifiable mental health disorder, but can still benefit greatly from psychotherapy or other interventions.

Establishing an accurate assessment and diagnosis of the mental health problems that contribute to FTL is essential. While the basic approach to handling an FTL situation is similar in most cases, the actual treatment of specific disorders can vary a great deal. This is especially the case with co-occurring disorders, which require a co-occurring approach to treatment.

Perhaps the foremost thing to keep in mind when dealing with an FTL problem is that it is not enough just to treat the mental health conditions. You also have to change the situation. That’s why it is so important to involve the families of young adults with FTL in the process and look for providers who are willing to work with the entire family system.

Photo by Rhett Noonan on Unsplash 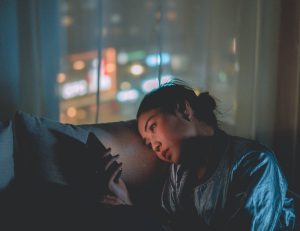 7 Signs You Could Be Struggling With Mental Health 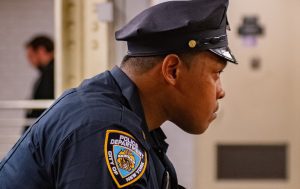 The Many Mental Health Stresses Faced by Law Enforcement Professionals 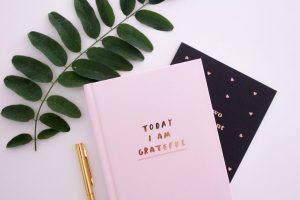 One thought on “Failure to Launch Part 6: Diagnosis – The Most Common Mental Health Problems Associated with FTL”