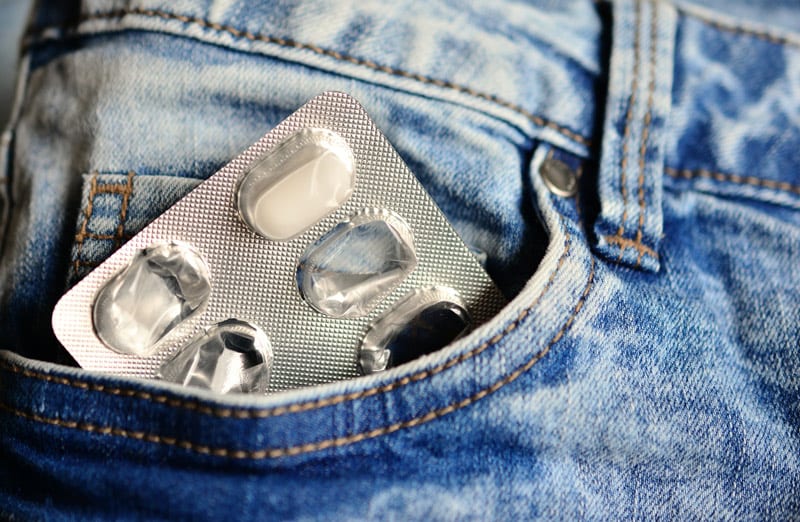 Suicide and prescription drug misuse can be pretty complex, often interwoven in a cause and effect relationship. Neither one is easy to spot (or prevent, for that matter). For many individuals with mental health disorders like depression or borderline personality disorder the risk of suicide is even higher.

Each year in the United States, over 44,000 people die by suicide. An estimated 40 people fatally overdose on prescription opioids every day. While these death counts are disturbing, there is much to learn about the relationship between suicide and prescription drug misuse.

What Is Prescription Drug Misuse?

Drug misuse, also known as drug abuse, is using a medication or controlled substance any way other than its intended purpose. Some of the most common forms of prescription drug misuse include:

Opioids, stimulants and depressants are widely abused because of the intoxicating effects they produce. Because these effects change brain functioning, prolonged misuse can lead to an array of mental and behavioral health issues. As of 2017, over 18 million Americans 12 and older admitted to the misuse of a prescription drug.

There is no single cause or defining characteristic that results in suicide. Like prescription drug misuse, suicide tends to be a combination of biological, social, and psychological factors.

Risk factors are defined as characteristics or conditions that increase the chance of danger. While prescription drug abuse and suicide have many unique risk factors, here are some of those which are shared:

Other risk factors for suicide include having access to weapons, previous suicide attempts, family history of child maltreatment, bullying and/or relationship problems, history of alcohol and substance abuse, traumatic brain injury (TBI), and exposure to another person’s suicide.

Risk factors more specific to prescription drug abuse may include having medications from multiple doctors or pharmacies, taking large doses of a prescription, living in rural areas and having a low-income.

It has been reported that over one-third of adult Americans are prescribed medications that can increase the risk of depression. What’s even more alarming is that almost a quarter of the country uses a medication that lists “suicidal thoughts” as a side effect.

There are a staggering number of prescription medications on the market, and the list above does not include all of those associated with depression and/or suicide.

Understanding The Connection: Opioid Use Disorder And Suicide

Over the last 15 years or so, opioid-related suicides have doubled. This is similar to the spike in drug-related overdoses, which also commonly involve prescription opioids.

In a study conducted by the National Institute on Drug Abuse, experts surveyed over 40,000 people to find that prescription opioid abuse increases suicidal ideation by 40 to 60 percent.

Furthermore, people misusing prescription opioids every week were 75 percent more likely than the general populace to plan or attempt suicide.

Sometimes opioid use disorders are treated with a regimen of methadone and/or buprenorphine, which have shown to protect patients from suicide. Methadone, in particular, has been associated with lowering the risk of suicide by as much as twenty percent.

Aside from pharmacological approaches, inpatient treatment can provide an integrated approach to mental health, which means the program addresses substance use as well as any co-occurring mental disorders.

During residential treatment, clients are screened for suicidal ideation and self-injurious behaviors. Treatment is generally conducted on a strict schedule that includes 24-hour support and supervision.

You Can Prevent Suicide

If you or someone you know may be suicidal, the National Suicide Prevention Lifeline is on-call 24-hours a day, seven days a week. The call is free and you will be connected to local resources that will provide support.
If you or someone you know experiences mental health issues, it is important to seek help from a qualified professional. Our Resource Specialist can help you find expert mental health resources to recover in your community. Contact us now for more information on this free service to our users.

Author Bio: Thomas Consiglio is a content writer and editor for Addiction Campuses. He works hard to understand addiction and substance abuse so he can better share the positive message of recovery.

Image by congerdesign from Pixabay