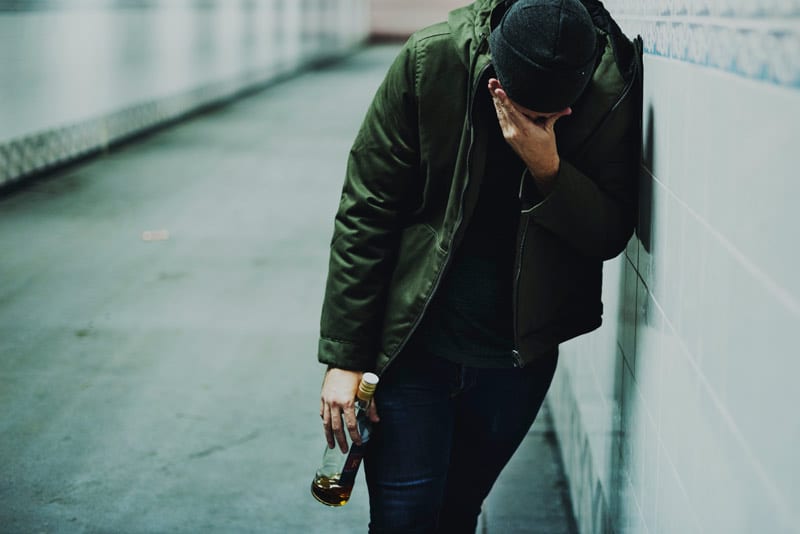 Life gives us problems, and sometimes they’re not really fixable. They remain sore spots for us throughout our lives, even as we grow and change and move on from the old places and things that used to scare us. Too often, we don’t take the time to process and accept the things that happen to us, especially if we suffer with other pre-existing mental health conditions. Being clear-headed can be painful more often than it isn’t if we remain stuck in the past, but the truth of the matter is that we’re going to be stuck in the past for a while if we never processed an event back when it happened.

Like many people, I had a rough childhood. As time went on and I got older, I wish I could say things improved but they didn’t, because sometimes things aren’t meant to get better. So, everything got worse.

Anyway, as I became more aware of my own flaws, I began to fall into a deep depression. I began to hate myself, but not in the trendy way that everyone over the age of 35 attributes to today’s younger population. I started to feel ashamed of the way I looked, the way I sounded, and even the manner in which I walked. I isolated myself, lost interest in everything I used to enjoy, and became more and more antsy as the days passed me by. I grew more and more angry with myself and all of my perceived flaws and inabilities, and I began to loathe existing.

My day-to-day existence became a really dark tunnel that I didn’t feel like heading down anymore, and I suffered with a lot of bad thoughts and urges that I would never acknowledge. I would approach other people with the preconceived notion that they were better than me, intrinsically. Every romantic relationship I tried to involve myself in during that point of my life failed because I became codependent on everyone I was with.

Then, I got in with the wrong group of people and started taking prescription stimulants because I thought it would make me cool. Within a month, I was detoxing in a psychiatric hospital because, during my pill-popping adventures, I’d discovered that those little blue pills gave me confidence and a level of euphoria I haven’t been able to match a year later. As time went on, I quickly began taking more and more so I wouldn’t have to feel my feelings and so I’d be able to stay up all night and ride the highs. Obviously, I should have foreseen the consequences of my actions, but hindsight is 20/20, and I’m thankful I was able to break away from the hard stuff.

So, that was a long story with a lot of useless junk and fluff thrown in. What’s it mean?

Never learning to cope with my feelings got me right to the brink of death, and it almost pushed me off the edge. I used to be a gifted and talented student. Now I’m trying to recover my brainpower and get back to a healthy state of mind. Not learning to deal with how I felt in the moment was the stroke of death for my later teenage years, because the years of emotions I had bottled upturned into a solid wall when I turned 16. That’s when I was old enough to finally understand the childhood and lifestyle I had missed. It broke me to realize that I’d never share in the same happy memories other people get to have with their parents. When I finally hit the wall, the crash almost killed me. Don’t let it hurt you too.

You can’t suppress bad memories forever, and sooner or later, you need to accept that they happened for your own sake. The efficacy of forgiveness is debatable, but acceptance and acknowledgment are necessary because they’re about you coming to terms with and accepting the full impact of any given situation. You get to leave whatever you’ve accepted in the past, and with the release of emotional baggage comes a newer, happier, and more content outlook on life. With where I’ve been, I didn’t even want to try to get better, but I knew that I either had to make a change or die. I went through the motions, not believing I’d ever feel like doing so until I figured out how to make the days go by at a tolerable rate without constantly focusing on getting high.

As more time passed, I got to where I am today, and now I’m making all of the right choices and treating myself with more respect. I struggle on my best days, but the difference between the me of now and the me of yesteryear is that I now know how important getting help or even reaching out can be. I also know that it can and routinely does become too late to get help for millions of people on a daily basis, because I was almost a statistic. If you think you don’t want help, you probably need it. I was in those shoes.

For me, taking the proper steps to help myself right now means making sure I don’t squander what I’ve worked so hard on myself to gain. I have a wonderful girlfriend to call my own. I’m lucky enough to be employed (especially right now, when so many other people are not), and I worked hard to get myself out of the slump I thought would kill me. I did a lot of things I knew were good for me, even when I didn’t want to, so I could say that I was worth something to myself. That’s how I learned to cope.

I still make sure I accomplish one thing per day, just so I can feel good about myself, and writing is one of those productive habits that consistently makes me feel better. So, I write and ramble and write some more as if there were no more keystrokes left in my Apple Magic Keyboard because I enjoy the process of getting my thoughts on paper and organizing them in a way where I can be in control. In fact, it helps me cope.

But coping is hard, and I’m making sure I stay on top of how I feel, especially in these volatile times, so I don’t slip back into bad habits.

I hope this article inspires you to do the same.

About the Author: My name is Joe. I wrote this piece to showcase some of the dangers that can arise when we turn to artificial coping mechanisms instead of learning to deal with our emotions in a healthy manner. I hope you learn the same lesson re-reading this taught me.