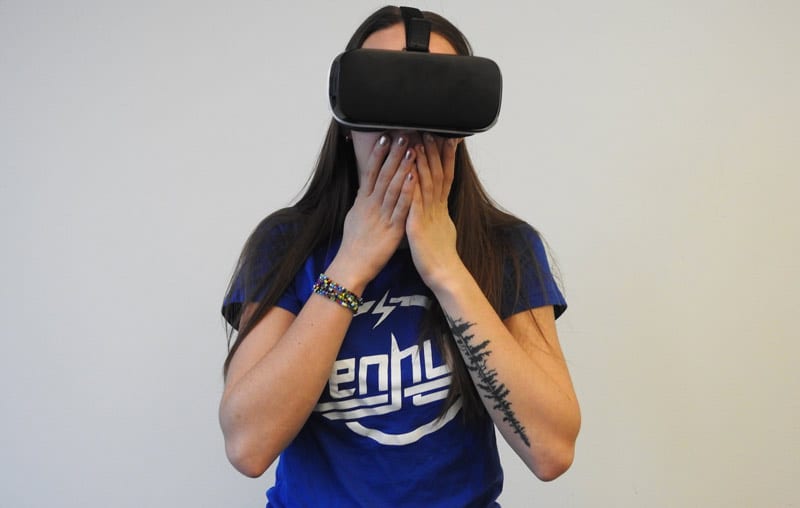 First, What is social anxiety?

Social anxiety disorder (SAD) is one of the most common types of anxiety disorders in the world today. SAD is a serious and complex mental health condition that makes a person constantly fear social situations.

Social anxiety is nothing new to psychologists. However, current data suggest that the number of people sharing this same problem worldwide is higher than ever before. To put this into perspective, the US National Institute of Mental Health reports that about 12% of American adults have had to cope with social anxiety at some point in their lives.

I was a shy little girl, but I had a happy childhood all the way through. Of course, I owe this to my lovely parents. I remember I could engage with other children and get on well with them. However, my life took a bad turn as I got into school, especially high school. At that time, I had to engage with new people extensively, and somehow, I could not manage to stand that much social engagement. I started to have panic attacks and reject every possible social situation because I had this strong fear of being negatively judged and embarrassed. For years I fooled myself into believing that I was somehow different and there was nothing I could do to overcome it. But then, after high school came to an end, I got to the point I almost collapsed mentally, and I finally decided to seek help from a therapist. It was then that I understood that my mental health condition had a name: SOCIAL ANXIETY.

I took a six-month anxiety therapy course and retook it after about a year and a half. I made some progress, but I still didn’t feel like I came very far. Around two years ago, I read an insightful article about  Junge Römer‘s presentation at a VR workshop in Berlin about the potential future application of virtual reality in SAD therapies. I then did some online investigating and noticed that research on this topic had already gained some ground. Following this exciting revelation, I decided to study VR and its application in treating social anxiety.

How can VR be used to treat social anxiety?

First, we must define VR.

VR is a modern technology used to simulate real-life situations in a way that almost feels real. What started as a fancy technology for entertainment turned out to have a wide application in numerous areas, including social anxiety.

From a broad perspective, there are two main types of therapy for social anxiety.

Sometimes there is a combination of the two, as in my case.

For me, the first type (CBT) was pretty good. In the second type (exposure therapy), however, I faced a lot of difficulties.  Exposing myself to uncomfortable social situations often had a countereffect, frequently leading to more social anxiety. From my experience with other people who face this disorder, I can say this is a common problem in exposure therapies.

This is where VR comes into play.

VR technology can enable someone to engage in a situation that triggers social anxiety without having to experience it in real life. A 2013 study concluded that the effect of VR simulations of social situations had the same effect on people as the same situations in real life. That is because certain parts of the brain of a social anxiety patient that get activated in a VR simulation are the same as that if the experience was real.

The question is, What is the advantage of using VR instead of real-life social situations?

Remember that the experience feels the same in both cases, but in VR simulations, you still have control over it. In many situations, not everything will go as planned, and there may be times you’d prefer to leave and try it later. But in real life, you cannot always do this. For instance,  one of the steps in exposure therapy was to talk to a cashier in a grocery store. When I tried it, I felt I was not yet ready and wanted to leave. But it was not that simple. I couldn’t just go because I would embarrass myself.

On the other hand, with VR technology, whenever you feel like you’ve gone too far beyond your limits, you can stop it.

More on the Advantages of  VR Compared to Traditional SAD Therapies

The exposure part of SAD therapies is done in steps called “smooth exposure.” The therapist makes a customizable list of targeted social situations, starting with those which provoke mild anxiety to the most extreme ones. Sometimes the lists have to be modified because they turn out to be an imperfect fit for the individual. Using VR technology, one can design and modify a situation to the tiniest details to allow for a very smooth exposure. When one faces a similar situation in real life after experiencing it through VR goggles, it feels more comfortable.

Customizability –  Social anxiety is a complex mental health condition and very individual. It is hard to make exposure therapies that are applicable to everyone. With VR one can easily model any situation that triggers social anxiety in every possible thought setting. This is very important for smooth exposure and progress during therapy.

Control Over the Situation – In contrast to real-life situations, if treatment with one therapist isn’t working out, the patient is free to leave and try something else without the risk of triggering more social anxiety.

Personal Treatment – VR has the potential to enable everyone to treat their SAD independently. For many people, traditional therapies don’t have long-lasting effects, and they might have to retake therapy courses over and over.

There is one more important advantage that became particularly obvious during the global COVID-19 pandemic. Using VR headsets, people could complete their social anxiety therapy for less cost for the same effect as traditional therapy.

We don’t know how things will exactly develop in this area. However, we can be excited about what is going to happen. It might take some time for this approach of treating social anxiety and other mental health disorders to be adopted by the traditional medical system, but we’re clearly going in that direction.

Although this new technology is not yet the norm, there are many cases where it is being applied. For instance, a British VR startup Oxford VR developed a VR-based social anxiety therapy in 2017. The National Health Service in the UK later deployed this innovative therapy as part of their Improving Access to Psychological Therapies (IAPT) initiative, followed by other private health care providers in the UK. Today we see many medical institutions and third-party organizations trying to exploit VR’s potential and take advantage of it in the context of medical use. To conclude, we can say that the day when the doctors will prescribe VR headsets instead of anti-depressants may not be that far off.

About the Author: Emma Ashton was born and raised in Dedham, MA. She was 17 when she experienced a mental breakdown and was assigned to a six-month-long therapy course. She retook the same therapy, but despite solid progress, still faced high insecurity in her life. Around two years ago, she came across VR technology and its potential application for treating social anxiety and other mental health disorders. She’s a VR and AR student in Boston at Boston Architectural College.

Photo by Hammer & Tusk on Unsplash

May is Mental Health Month 💚💚💚

Thank you for your help in spreading the message!