Adolescents who identify as LGBTQ are known to face discrimination. Not only do they experience stigmatization and alienation from their peers but also can face similar attitudes at home. It is believed that experiences of discrimination may contribute to mental health issues in LGBTQ people. Research has found that those who identify as homosexual are twice as likely to attempt suicide and are at a greater risk for addiction, anxiety and depression than those who identify as heterosexual. Dr. Chakraborty, the author of the study Mental Health of the Non-heterosexual Population of England notes that the discrimination someone experiences can have a negative impact on their mental health.

Unfortunately for some LGBTQ people with mental health concerns, discrimination can be found in the places where they are seeking help. Dr. Christian Huygen points out how discussions of mental health or illness in the LGBTQ community can be taboo and Mental Health professionals may marginalize or pathologize the non-heteronormative sexuality or gender identity of their patients.  There is one place that does successfully combine the practices of mental health and welcoming attitude of the LGBTQ movement: The Trevor Project.

In 1998 filmmakers, James Lecesne, Peggy Rajski and Randy stone released a short film called Trevor which tells the story of a young boy who attempted to take his life over the social rejection he faced due to his sexuality. Rajski, the director and one of the producers of the film, realized that the struggles of the fictional Trevor were all too real for many young people. She gathered mental health professional to create a hotline for teens and young adults like Trevor to get the help and support they needed. 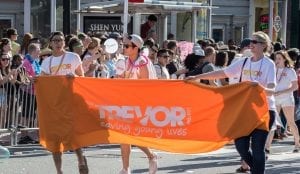 This groundbreaking hotline was the first of its kind and has continued to help hundreds of thousands in need of support since then. The Trevor Project has introduced TrevorChat, online chatting available between 3pm and 9pm ET every day of the week and TrevorText which is available Fridays from 4pm to 8pm ET. Introducing alternative forms of communication has the potential to reach individuals who may not have the time or the privacy to seek help over the phone.

This resource isn’t only for young people who identity as LGBTQ, it can help parents too.  Issues of gender and/or sexual identity can be a difficult topic to bring up. Reaching out to a program like this can show you how to discuss these issues with your children or how to go about supporting those who have come out.  When transitions and questions of identity arise in adolescence, it’s never a bad idea to seek the counsel of a mental health professional whether it is in therapy or over a hotline. 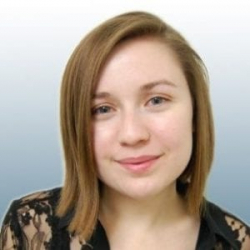