Let me give you an idea of who I am, what type of OCD I have and what exactly I’m doing about it. I have an annoying OCD enemy situated at the forefront of my brain. We have been together for about 8 years on and off, we disagree on everything and I have been trying to get it to move out the whole time. My OCD isn’t the stereotyped OCD that you may have heard of, I don’t obsessively clean the house, I don’t wash my hands constantly, I don’t have any rituals that I have to carry out, I have “Pure O”. If you want more info on my type of OCD, then check out my blog.

So why do I talk about this? Why tell the world? Why let people judge me?

Well, let’s look at this slightly differently. If this was Mastermind then Pure O would be my specialist subject, not because I like it, but because I can share what I experience with the world and then maybe, just maybe, people wouldn’t give me (and other people with OCD) that look (you know the one) the one where they kind of feel sorry for me but also think I’m slightly crazy? It’s a look that they usually give to dogs when they are chasing their tail – I HATE THAT LOOK. It annoys me so much, I literally want to say: “Come and have a wander inside my head and see how long you last before you want to go back to your own body”

My aim is to help break the stigma and mainly to help others with OCD laugh at all the funny, annoying, stressful, and hilarious situations that our OCD puts us in.  I want to explain a real life situation that happened to me which I call – The Russian Man.

At the time it occurred, this event scared the living daylights out of me. I started to cry, I became anxious, stressed, humiliated and a little bit annoyed that it had even happened. I wasn’t in control and that’s what scared me the most, I had an annoying energy whispering thoughts into my head and I would initially obsess over them, wondering if they were true or not.

Okay I’ll start, so I was on holiday with my family last year with mum, dad, my brother and his girlfriend (my best friend). We flew to Egypt, which if you haven’t been, is totally AMAZING! Although if you’re not good with the heat I’d take one of those mini fans, scrap that, take a huge fan, I’d even suggest an igloo. 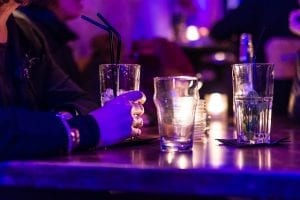 So we were about day 5 of 7 into the holiday and obviously when you’re in your mid 20’s with your best friend and brother you think,”Yeah! Let’s have some cocktails and hit the clubs” (By clubs I mean the only one that was in the hotel, which was basically a black room with some fairy lights – they really spent their budget on that area! Everywhere else looked a bit dodgy so that was our only option)

So, we’re in this club – picture me with the most hideous dance moves ever, yeah I’m in my 20’s but I can’t dance at all. I would see wonderful European women dancing and really moving and there was me, like the Tin Man on heat!!

Halfway through the night my brother and his girlfriend went outside to get some fresh air and I said I’d wait inside. I was happy sipping my cocktail and listening to the Egyptian remixes (they were…um…different). Then I thought I’ll sit down on a little stool.  THIS IS WHERE ALL HELL BROKE LOOSE.

I turned around and there was a normal, average 30 something, Russian man sitting at the same table on the other side sipping his drink, and just enjoying life.

Then out of nowhere MR O ‘FREAKING’ C D comes out to play:

OCD: “Yep you literally snogged his face off”

Me: “But I sat on the other side of the table and I haven’t even spoken to him.”

OCD: “You defo kissed him, what a cheat, your boyfriend is going to hate you, hurry call him and tell him you cheated, quick!!”

Me: But I’ve been messaging my boyfriend all night.

OCD: “Tut tut tut, cheating on your boyfriend, what a bad human being you are, everyone’s going to hate you, you’re so much better off on your own”

It was like a rubbish episode of Jeremy Kyle inside my head and I had to removed myself from the situation. I found my brother and his girlfriend, I told them everything that had happened, they did all the reassuring that they could but my OCD was still yapping on:“They weren’t there. They don’t know.”

So I was in a right state!!

Some of you may be thinking “well if you know you didn’t do it, just tell yourself that, SNAP OUT OF IT, you would know.”

But Mr. Pure O isn’t very nice, he will yap on and on, thinking all sorts of things, nothing, and I MEAN NOTHING is rational. Absolutely everything is irrational, but because of the stress and anxiety everything seems so real! You no longer trust yourself because the whole “WHAT IF” thing happens.

So what do you do in this state? Well I’ve come a very very long way since that episode but at the time I needed reassurance (which I know isn’t the answer, but at the time it was a quick fix). 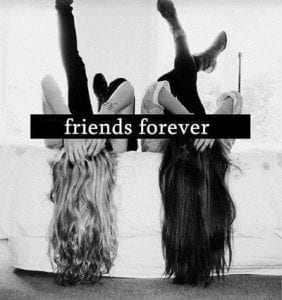 My advice for anyone with OCD is to choose a best friend that doesn’t care how stupid they sound or how weird they look, as long as they can pull you out of the darkest times and into the light because that’s all that matters to them.

My best friend strolled over to the Russian guy and asked him outright if he had kissed me or done anything with me. He didn’t have a clue what was going on. In fact, I felt quite sorry for the guy, he didn’t speak a word of English but it was pretty clear he had no idea who I was, no idea who anyone was and he was just happy sipping his drink. That reassurance did the trick but it wasn’t the long-term fix.

That’s the thing with reassurance, it’s not always healthy. The “WHAT IF” factor comes back and no matter how much reassurance you get from others, you are the only one that can stop it.

After months and months of false guilt and even now wondering if I did actually kiss the Russian guy, I told myself that I know myself better than OCD does and my family, friends and boyfriend know me better than that OCD thing.  It’s hard, like, really really hard, but over time we will learn to trust ourselves. We shouldn’t be scared to do the things our OCD makes us worry about, we shouldn’t stop doing anything because life really is too short. And who is this OCD to tell us what to do with our lives?

So until next time, remember while you are reading this someone is taking their last breath wishing they were you. Grab that OCD thing and kick it where it hurts, show it that laughter and happiness are the biggest weapons.

Do you have any of your own stories that you can now look back on and laugh?

One thought on ““Looking Back and Laughing” by OCD Smiles”