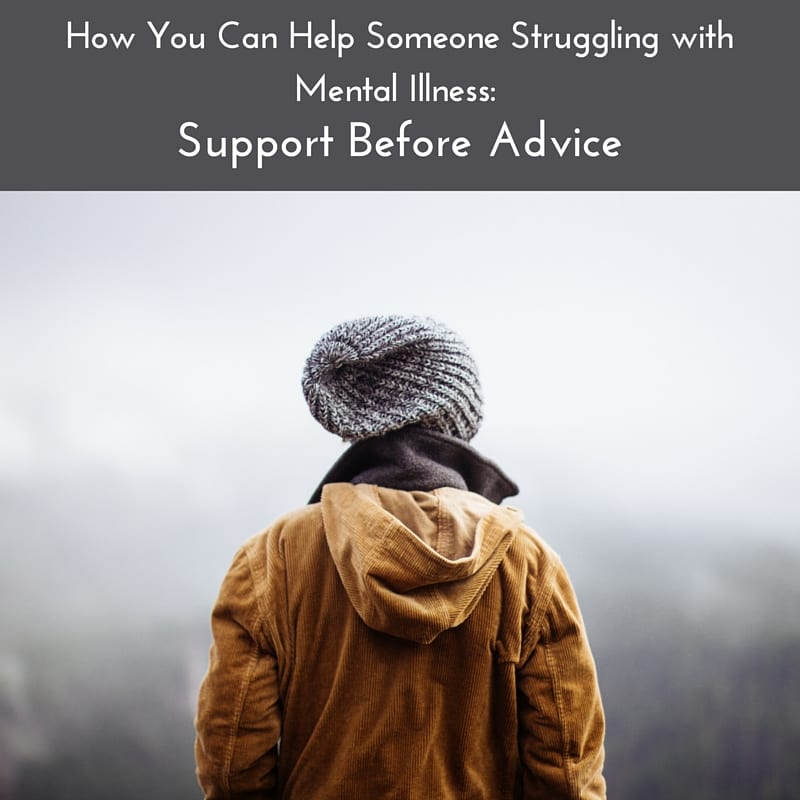 In honor of Mental Health Awareness Month, we are inviting one guest writer a week in the month of May to write about their perspectives on mental health. Today’s guest blog post comes from Farsh Askari whose post covers the need for more supportive dialogue when discussing mental illness. Be sure to check out his blog, The OCD Memorist. Thank you, Farsh, for sharing with us at rtor.org. -Veronique Hoebeke, Associate Editor

The buzzed-about Church of Scientology documentary, Going Clear, reminds us that Scientologists believe psychologists are promoting lies and consider any practice associated with them as false. This belief led Tom Cruise, a known Scientology advocate, to publicly call his friend Brooke Shields “irresponsible” for using anti-depressants for postpartum depression. Cruise suggested Shields could have cured her depression with “vitamins and exercise” instead of medication. For Cruise, who has no medical credentials, to make a psychiatric evaluation and treatment recommendation is extremely… glib. However, while Cruise’s beliefs and reasoning may be dubious, he’s not alone in making unqualified assertions about mental health.

Perhaps one reason people without any scientific or medical credentials unabashedly comment on psychiatric ailments is that a mental illness isn’t as tangible as a physical one. A cancer diagnosis isn’t ambiguous — you examine an MRI or biopsy results to see evidence that it’s there. And since it’s generally accepted that we can’t will our bodies to cure themselves from afflictions like cancer or heart disease, a medical treatment regimen is deemed essential and deferred to medical health professionals. Yet a mental health diagnosis is largely based on behavioral symptoms, so we often apply the “mind over matter” and “I think therefore I am” ideology.

We believe we’re in control of our minds, meaning our cognitive thoughts, and have free will to effect behavioral modifications. We greatly value the idea that we’re inherently able to better ourselves with the right mindset. Runaway bestsellers from Tony Robbins’ The Power of Positive Thinking to Rhonda Byrne’s The Secret promote this concept. Yes, we can change our thinking on an emotional level and attitudinal shifts can manifest tangible results. This is a healthy and admirable aspiration. Unfortunately, it also inadvertently contributes to an unwillingness to accept mental illnesses as debilitating and, sometimes, needing medical attention. So it’s important to recognize the massively vast categorical difference between emotional and attitudinal adjustments and suffering from a mental illness. A person who formerly had a poor attitude but turned their outlook around isn’t qualified to advise someone living with mental illness about treatment options. A similar comparison would be if someone who used to always feel tired were to use their past battle with fatigue as qualification to give curative advice to a person dealing with cancer. Indeed, a non-medical professional giving treatment advice on somatic diseases like cancer is viewed as foolish, yet with mental illnesses, virtually everyone handily offers treatments and cures.

I know this because I got all kinds of advice for my OCD. After all, “OCD” is bandied about so much that anyone who’s organized, tidy, or punctual claims to have it. Those who used “OCD” (however mild) as a self-descriptor (“I’m so OCD about that!”) felt they could relate to my condition (despite its severity) and offer guidance. According to some advice, I’d been too indulgent, wasting time suffering when I only had to psych myself out of the “bad habits.” The mental deterioration and emotional torment after constant triggers, followed by “cleansing” showers were unnecessary when girt and self-discipline would do the trick. Such was the gist of much of the advice and because it came without real understanding, it felt patronizing. Consequently, I became resentful and discouraged. I knew that amateur “mind over matter” psychotherapies and “you got this!” encouragements wouldn’t work and just minimized what I was experiencing. But in fairness, if I hadn’t had severe OCD myself, I wouldn’t comprehend how forceful and debilitating it is. I realized this after I sought treatment for my OCD at McLean Hospital. There, through my own judgmental hypocrisy, I learned how hard it can be to understand and have empathy.

See, there I was, a patient at McLean, seeking treatment for debilitating OCD, and yet I trivialized the OCD of some other patients. While my OCD was valid because I was enduring it, the OCD of some others didn’t seem so uncontrollable, and I couldn’t grasp why they were having such a hard time improving. I felt awful for those with intrusive thoughts of harming their children and loved ones because I could imagine how potent and demoralizing such thoughts could be. I didn’t trivialize them, but some others…

And then I got it. If as a patient at McLean with OCD, I was still judgmental and dismissive of other forms of OCD, how could I expect outsiders to possibly understand how hard it was for me? How could I expect them to know that if I could escape OCD without feeling sheer panic and defeat, I would? How could I make them know how injured I felt by their rhetoric implying if I really wanted to improve and not be a victim, I would try harder, be more disciplined, determined, aggressive, proactive, etc.? But how could I ask anything of them when I was as guilty as they were? What a hypocrite I was! Perhaps by judging other OCDers as “faultier” I could differentiate myself as more “normal.” Whatever the reason, it was entirely wrong, but it led me to understand that I shouldn’t judge others or resent those who had judged me.

I had to remember that advice is usually intently altruistic and borne out of caring. Yet, while advice is meant as help, it can still be frustrating to the person being advised because it places the advice-giver on a preeminent level, as an authority on something they may know little about. Real understanding takes time and effort; judgment is quick and easy. But compassion can also be immediate. So, instead of an assessment (which implies judgment) and advice (which implies expertise), what someone who’s mentally distressed needs is some acknowledgment and emotional support. Its incredible how empowering and reassuring a simple expression of support such as “I’m sorry you’re suffering,” or “I hear you,” or even “I support you,” can be. Just provide unassuming support. That will help.

<p style=”text-align: center;”><strong>Subscribe to our e-newsletter for more mental health and wellness articles like this one.</strong>
SUBSCRIBE NOW </p>

8 thoughts on “How You Can Help Someone Struggling with Mental Illness: Support Before Advice”

Dealing anxiety can be difficult. Fortunately there are ways to manage it and help your kids this summer.

Dr. Eli R. Lebowitz, who is one of our Family Endorsed Providers is featured in the article!

Naomi Osaka showing us that it is okay to prioritize our mental health!
👇
https://buff.ly/3cGJIbJ
#mentalhealth #tennis #NaomiOsaka