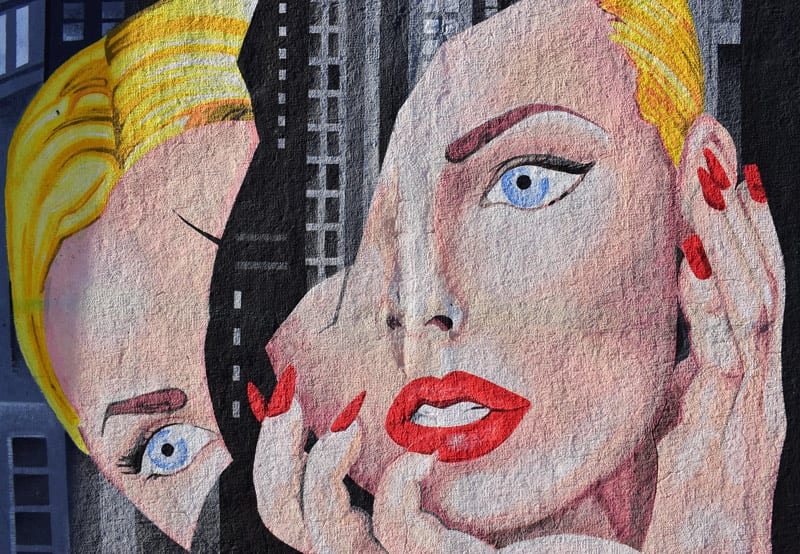 Generally, you see “impostor syndrome” in the context of someone’s performance at work. However, in my experience, as well as Fiona Thomas’, it can occur with mental health as well.  Even more so, a few Google searches show its application outside of work performance—in relationships, parenting, talent, and then some. One thing that all people suffering from impostor syndrome experience is that we all feel like we are faking our way through things, that despite our successes or despite how we are labeled, we really don’t belong with the true professionals. When I started even recognizing that I possibly had a mental illness, I found myself in this situation frequently.

Bipolar disorder runs rampant in my family. There are relatives who are diagnosed and undiagnosed, medicated and unmedicated. There are relatives who let it consume them and those who learned to live with it. At age 16, I knew something was “wrong” with me. It couldn’t have been just depression, because it didn’t explain the frenetic euphoric and dysphoric feelings I had sometimes. I spoke with my cousin who had been struggling with bipolar disorder for years before me.

It was a mistake.

Over instant messaging, she asked me a series of questions to screen me for the disorder—two teenagers! What did we know about that? She concluded that yes, it was a very strong possibility that I had bipolar disorder. But that I had the less severe case of it.

Less severe. That stuck with me. When someone thinks of something that is “less severe”, they think of a sprained ankle over a broken ankle, a dislocated shoulder instead of an amputated arm. Those are easily fixable albeit painful at the time. Sure, I had something that was painful, but I could just wipe the dirt off, slap on a bandage, and run back to the swing set.

When the time came that I started accepting that I had a mental illness, this ugly beast came to me.

You’re not bipolar enough, because you don’t have self-harm scars.

You’re not bipolar enough, because you haven’t tried illicit drugs.

You’re not bipolar enough, because you haven’t been hospitalized.

You’re not bipolar enough, because you haven’t tried to kill yourself yet.

Maybe you’re not bipolar, and you’re just a fraud.

If I were a fraud, then what exactly did I have?

My husband didn’t care what I had. He knew I needed help, and so began the several-year struggle of trying to get me to see a therapist at the least.

Inside, my body and mind were being shredded by the constant tug-of-war of my moods. But it couldn’t be bipolar. And if it was, it wasn’t severe enough to warrant going to a professional. I could handle it on my own. I could get better by simply being strong-willed and aware of what my moods were like. The problem with a mood disorder, though, is that once you reach a certain point in the tug-of-war, there is no point of return. You don’t realize you’re gone until it’s over. You then live with the consequences, like the time I went on a three-hour grocery shopping hunt for ingredients for cassava cake and then proceeded to not follow the recipe, ruining the dessert. When that happened, when I had a taste of the overwhelming flour, I had a shock to my system—where was I, what happened? Why weren’t the antidepressants prescribed by my primary care physician working? Clearly, I wasn’t depressed enough to need them or else I wouldn’t be having any problems. Clearly, whatever I had wasn’t “enough”. After all, my aunt who had been diagnosed with bipolar disorder died by suicide a few months before that; my cousin muddled through medicinal hazes during high school; a friend in undergrad spent years living with alcohol and drug addiction and abuse. Me? What about me?

To me, these were all fixable. They weren’t severe enough. In my mind, I thought, “You haven’t tried,” or “You’re being such a drama queen.” In my mind, I could be an adult and not run away from my husband when we fought; I could jumpstart my system with exercise and I’d be less tired during the day; I could stop shopping so much; I could ignore the awful feeling I had those late nights. Everything else was just quirks of my character. Nothing else. I just had to fix myself.

For a time, I did. There were days when I slept a lot or spent more than I should, but I was under control. This was probably one of the rare times I was stable before the moods started tugging back and forth again. I even ended up with a good dose of antidepressants that kept me from being sad. I had fixed it. I had fixed me.

Then, it happened. On my way home from work late at night, I sped down the highway and entered the Interstate. The music in my car rattled the dashboard; my ears pulsed at the sounds. I felt my body, my entire self ascending beyond my car. Thirty miles over the speed limit, drumming on the steering wheel. I saw the turn-off to hop onto another Interstate and took the turn too fast and I skidded across the road, slamming to a stop. Thankfully without any damage or witnesses.

There’d be some who would collect themselves and drive cautiously for the rest of the ride home. Others would be overwhelmed with the fear and adrenaline. I felt fueled by it. I wanted more, more, more. I started driving after taking a deep breath, and I started down the Interstate, thirty miles over again, uneventfully. I returned home disappointed and disturbed.

I had nearly gotten myself killed.

Somebody else could have been hurt.

I scheduled a time to see my doctor and a psychiatrist. I contacted my therapist.

Maybe I wasn’t an impostor anymore. Maybe I never had been.

Author Bio: Samantha Melvin is a Florida transplant in Indianapolis with her husband. She writes short fiction, personal essays, and she also writes for her mental health blog, https://livingonatightrope.wordpress.com/, where she reflects on her experience with bipolar disorder. When she doesn’t write, Samantha likes to soak up the sun, take long walks, travel, and attempt to train her pet Whippet and Manx.

Photo by Chris Barbalis on Unsplash