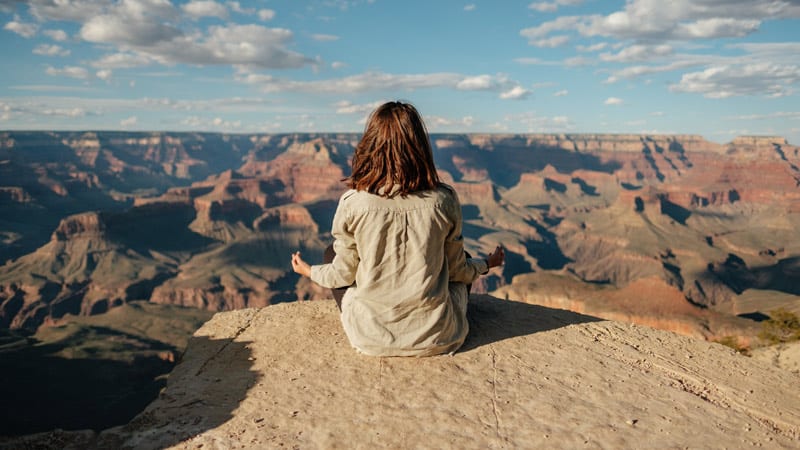 That’s what the brochures and websites always say. “Help is available,” they say. And it is, for most people.

But for some people, treatment isn’t so simple.

How long does depression typically last?

According to Harvard Health, depression can last any duration, but the average for untreated depression is “several months”—suggesting people who get help get better even faster. To be diagnosed with depression, you only need to experience symptoms for two weeks.

To date, my depression has lasted over 14 years.

Treatment-resistant depression (TRD) is sometimes defined as failing “two or more” antidepressants. At last count, I’ve tried over two dozen medications and med combos, waiting six weeks each for them to fail. I tried talk therapy. I tried naturopaths. I tried 30 sessions of transcranial magnetic stimulation therapy (TMS)—to no avail. And then I tried the treatment everyone said would work, the drug specifically marketed for people like me: IV ketamine. Six infusions, at the max dose by the end, and the result? Nothing.

I can’t count the number of doctors and therapists that gave up on me, passed me on to other doctors, or told me there was nothing left they could do.

Still, I never gave up trying to search for a cure. As a lifelong autodidact and voracious reader, I also went through a plethora of self-help books.

When I picked up 10% Happier by Dan Harris a year ago, I didn’t know it had anything to do with meditation. I just thought 10% seemed like a pretty good return on investment at that point.

I wasn’t totally new to Buddhism or meditation—I flirted with it briefly in college when I took a Zen class. But that was 20 years ago, and I’d never managed to establish a meditation practice. After reading Harris’s book, I understood why.

I was doing it wrong.

It’s a very common misconception for beginning meditators: I thought the goal was to clear my mind, and that seemed impossible.

After reading 10% Happier, I realized that it is impossible, and that’s not the goal. I also thought “enlightenment” was some kind of mythical state of pure bliss. The reality is much more, well, realistic.

Thoughts are not the enemy in meditation. You don’t need to empty your head of thoughts, which is impossible in any case because that’s what the brain is built to do. But it is possible to watch your thoughts without getting caught up in the story.

Humans have this fascinating capability called meta-awareness: not only can we think thoughts, but we can also be the observer of those thoughts.

The challenge then isn’t to empty your mind of thoughts but to see if you can let the train of thought pass by without hopping on.

That’s another lesson I learned from the book: daydreaming (i.e., hopping on the thought train) happens… a lot.

Basic meditation involves focusing on the breath or another point of focus, usually within the body. One concentration strategy is to count your breaths to keep you on track. When you get to ten, you simply start over at one.

I’ve had sessions as long as twenty minutes in which I never made it to ten even once. The mind is often a busy place.

Fortunately, Harris’s book also taught me that not only should I not judge myself for drifting into thought, but that it’s actually a cause for celebration. That moment in which you realize you’re daydreaming and bring your attention back to the breath is why we practice. That’s the moment we wake up, and that’s the moment we want to take with us off the cushion and into our daily lives.

The superpower of awareness

Recognizing your own thoughts and behavior is a superpower. How often have we said or done something impulsively that we regretted later? What if we could thoughtfully consider everything we say and do?

As Harris likes to say, “it could just save the next 48-hours of your marriage” if you decide not to hurl that cutting remark. It creates the space to respond instead of just react.

The other half of mindfulness

Mindfulness goes beyond awareness; it requires acceptance of the present moment.

Acceptance is hard, but it’s a skill that can be cultivated. There’s a reason meditation is called a practice, after all.

Meditation teaches you to just be with your experience. Got an itch? Maybe try not scratching it and see what that feels like. Dr. Jud Brewer, a neuroscientist and evangelist for habit change, says to get curious about it. Explore the feeling. Strangely, it will often just go away on its own without doing anything.

And that paints a metaphor for everything we feel, mentally and often physically: everything changes. Thoughts and feelings arise, and they pass away. This moment, whatever it is, good or bad, will soon be gone.

Perhaps the best lesson I learned from studying meditation is that “pain is inevitable, but suffering is optional.”

What’s the difference? Pain is a physical (or mental) sensation. But how do we tend to react to pain? We cry, we moan, we lament it, we ask why, we try to assuage it. Our reactions to the pain cause a secondary form of pain called suffering.

In other words, fighting the pain just makes it worse. Accepting the pain tends to take the sting out of it. And it’s easier to watch the pain come and go.

People might think that when you have depression, you’re sad every moment of the day. Sometimes it does feel like that, but observation proves this isn’t true for me. I can laugh at a funny video. I can smile when my kids do something sweet. Sometimes I can get through a whole day without crying. Yes, on some days, almost nothing gets me out of my funk. But on those days, at least I know: it’ll get better. It always does.

It’s not always about a cure

Depression isn’t always treatable. I’ve been on enough forums and talked to enough people like me to realize that, for some people, there’s no magic pill that takes away the pain.

I shifted my focus from running from the pain, hoping to find a cure before depression eats me alive. Meditation helped me realize that the misery I feel is temporary. It sucks, but if I can wade my way through it, I know I’ll probably have a better day tomorrow.

It boils down to creating space to stop and think before I scream at my kids or say the thing I really want to tell my husband when I’m furious. It doesn’t always work—there’s plenty of times when my emotions run so high that I pop off anyway, but it’s a work in progress.

Meditation teaches you that enlightenment is a journey, not a destination, and it’s not about getting somewhere; it’s about being on the path or not. If we never stop growing, then it’s not about a stopping place—it’s about a commitment to keep going no matter what.

Your purchases will help support the costs of running rtor.org, a free service of Laurel House, Inc., 501 (C)(3), non-profit organization.

Laurel House, Inc., the sponsor of www.rtor.org, is a participant in the Amazon Services LLC Associates Program, an affiliate advertising program designed to provide a means for sites to earn advertising fees by advertising and linking to Amazon.com. Some links may be affiliate links. We may get paid if you buy something or take an action after clicking one of these.

Stacey Neglia is a freelance writer for blogs and websites on the topics of mental health, wellness, and more. She has lived experience battling mental health issues and hopes to spread awareness and resources for anyone who wants to feel better. When she’s not writing, she’s probably reading, gaming, or adventuring with her two young kids.

Check out Stacey’s blog, RogueNeuron, or see more of her writing at staceyneglia.com!

The opinions and views expressed in any guest blog post do not necessarily reflect those of www.rtor.org or its sponsor, Laurel House, Inc. Guest Authors may have affiliations to products mentioned or linked to in their author bios only.