Everyone has a unique personality. People’s personalities grow as they go through various life events. Most people are adaptable enough to learn from their mistakes and adjust their behavior when necessary.

On the other hand, people with personality disorders find it far more challenging to manage their behavior. They have distressing thoughts and emotions that are so intense that they have a hard time coping with daily life.

They struggle to relate to people and situations and exhibit irrational behavior. As a result of these difficulties, they frequently face significant problems and constraints in their relationships, social interactions, work, and school.

In paranoid personality disorder, paranoia-related thoughts, emotions, and experiences make it hard for those affected to trust others. It may even include their friends and family since they worry others will betray or take advantage of them.

Additionally, they find it difficult to relax. They may also see threats and danger where others do not, such as in ordinary situations, innocent comments, or casual looks from others.

Individuals with this disorder may perceive attacks on their character that others do not see. As a result, they become angry and ready to counterattack. They also tend to be unforgiving and hold grudges.

Individuals with this disorder often function relatively well. Unlike schizoaffective or schizophrenia disorder, psychotic symptoms are not generally present in schizoid personality disorder.

However, those affected can have trouble establishing close relationships with others due to the thoughts and feelings associated with this condition. They may like to be alone with their thoughts and might want to live their lives independently of others.

Such people may not like typically enjoyable activities or show minimal interest in intimacy or sex. Similarly, they are emotionally distant and have a hard time connecting with others. Because they do not display emotion, they may seem unconcerned about others or what is happening around them.

Although some signs may be evident in childhood, schizoid personality disorder often manifests by early adulthood. These symptoms may make it difficult for someone to function well in a social setting or other aspects of life.

Everybody has peculiar habits or awkward tendencies. However, some people may receive a diagnosis of schizotypal personality disorder if their thought and behavior patterns make interacting with people extremely challenging.

People with schizotypal personality disorder can exhibit superstition or obsession with paranormal happenings that are unusual in their culture. They might believe they have unique abilities or can manipulate people magically. They may also think that their actions will stop bad things from occurring—for instance, believing that putting something in a specific spot will prevent a catastrophic event.

They might have perceptual disturbances, such as hearing someone mumble their name or sensing the presence of a spirit. Sometimes they speak incoherently or vaguely, use odd words, or speak in a way that puzzles others.

Additionally, they can come across as reserved and emotionless when speaking to others and also have peculiar mannerisms or poor grooming.

Although they may, from time to time, show regret about their lack of deep connections, it is clear from their behavior that they have no desire for such relations. When necessary, they try to engage in social interaction but generally prefer to remain alone.

While they do not frequently experience hallucinations or delusions, some may have temporary psychotic episodes during high-stress situations that can last from minutes to hours.

Although antisocial personality disorder is frequently unidentified until later in life, symptoms usually start to show in childhood. Children who grow up with this condition often exhibit violent outbursts of rage and animal abuse and are labeled bullies by their peers.

Individuals with this disorder are exceptionally skilled manipulators who frequently deceive others. They can also be amusing, intelligent, and good at complimenting other people and often try to control other people’s emotions with this flattery.

People who have antisocial personality disorder may be arrogant and overconfident. They also tend to disregard others’ safety and possibly even their own.

Besides lying, a person with this disorder may steal and initiate fights regularly. They may even find pleasure when they see others in pain or misfortune. These individuals might also struggle with substance abuse.

Because of their disregard for others’ rights and refusal to comply with societal norms, they frequently encounter legal issues. Individuals with this disorder are often described as lacking a conscience and expressing no guilt for their evil deeds.

A person with borderline personality disorder could have feelings of being on a roller coaster, not simply because of their erratic emotions but also because of their uncertain sense of self. They could experience frequent, confusing changes in their goals, self-perception, and even likes and dislikes.

Extreme sensitivity is also a common characteristic in those with this condition. Some compare it to having a nerve end exposed. Small matters can bring on intense emotions. Those affected have a hard time calming down once they are irritated.

It is easy to see how this emotional instability and inability to cope with one’s feelings cause problems in relationships and impulsive, even dangerous, behavior. When people with this disorder experience intense emotions, it is difficult to remain rational or grounded. They might make nasty remarks or behave in risky or improper ways, which make them feel bad or humiliated later.

Another symptom of this disorder could be a history of serious but unstable relationships, making abrupt shifts from idealizing their partners to thinking they are awful and do not care enough. They may also engage in suicidal threats, actions, or self-harm due to their dread of being abandoned or rejected.

Most people appreciate receiving praise or great feedback for their behavior. However, if your need for attention or approval becomes so great that it interferes with your daily activities, you may have a histrionic personality disorder.

People with this personality type may frequently feel the need to perform in particular ways to draw attention wherever they are. They may feel miserable and very uncomfortable if they do not get enough attention.

Some may go through frequent mood swings and changes in interests and feelings. These changes may appear abrupt or intense and can be viewed by others as extreme, given the circumstances.

People with this disorder could be too reliant on other people’s opinions and overly trusting of them. This can cause them to follow the latest trend while making important life decisions. They can similarly adopt other people’s views or lives, even if they do not fully comprehend them.

People with histrionic personalities often dramatize their emotions. This explains why they act impulsively and display exaggerated emotional responses toward other people.

It is in our nature to be conscious of our wants, to communicate them, and desire recognition from others for our abilities and accomplishments. These are not negative qualities. However, narcissistic personality disorder may be present if these ideas, feelings, and behaviors are excessive and interfere with one’s ability to relate to others.

People with this personality type have an exaggerated sense of entitlement and self-importance. They firmly believe they are the most competent, accomplished, and capable people anywhere.

When criticized, they respond with rage or even violence. Although they enjoy having control and taking full responsibility when things go well, they are ready to point the finger at others when things do not go as planned.

Most of them are unable or unwilling to understand the wants and concerns of others. They are highly perceptive of how others treat them and respond to their needs and feelings, yet they can not place themselves in other people’s shoes and empathize with what they are going through.

An avoidant personality disorder features a long-standing pattern of avoidance and restraint in social settings. People with this disorder may not feel nervous but rely on an overwhelming feeling of angst or doom to help them cope.

They are extremely sensitive to criticism and yet expect it. Additionally, they are always concerned with being rejected, mocked, or humiliated by others, which makes them avoid hanging out. Their fear of rejection also deters them from forming meaningful friendships and relationships.

People with a dependent personality disorder may let others handle some aspects of their lives. Similarly, they:

They can be overly cautious and obsess over even the most minor details. Because of their high standards, they could also struggle to finish jobs, and others might perceive them as excessively controlling.

It is challenging to manage personality disorders on your own, so seeing your general practitioner or a therapist is a good idea if you are concerned you might have one. The first step to getting the correct diagnosis and developing a treatment plan that works for you is to seek expert assistance.

Over time, many people overcome personality disorders. Sometimes support alone is all that is required. Other times, psychological or medical care is beneficial. This depends on the severity of the disorder and whether there are any lingering issues. 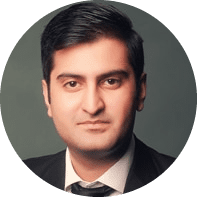 Photo by Mario Heller on Unsplash