Public mental health and addiction services in Rhode Island are administered and provided by The Division of Behavioral Healthcare Services. 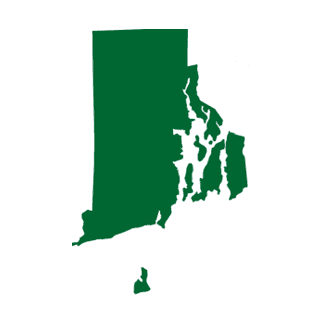 Rhode Island has a population of approximately 1.1 million people, making it the 2nd most densely populated state in the nation. Close to 4.3% of adults in Rhode Island (according to SAMHSA) live with serious mental health conditions such as schizophrenia, bipolar disorder, and major depression.

Public mental health and addiction services in Rhode Island are administered and provided by The Division of Behavioral Healthcare Services.

Only 47.5 % of adults with mental illness in Rhode Island receive any form of treatment from either the public system or private providers (according to SAMHSA). The remaining 52.5% receive no mental health treatment. According to Mental Health America, Rhode Island is ranked 36 out of 50 states and Washington D.C. for providing access to mental health services.

Medicaid is a combined state and federal program that provides health coverage to people with low income, including those who are unable to work because of a mental health disability. Residents of Rhode Island can apply for Medicaid through the Rhode Island Health Marketplace.

Rhode Island 211 – 2-1-1 is a free referral and information helpline that connects people to a wide range of health and human services, 24 hours a day, 7 days a week. To contact 2-1-1 in any state, including Rhode Island, simply dial the numbers 2-1-1 from any phone.

To search for a Family-Endorsed Provider in our Directory, select a Service Type, State, Provider Type, or Client Focus, and click the FILTER button. To start a new search, click the RESET button.

Can’t find what you’re looking for?

Most Family-Endorsed Providers serve clients and patients based in their local communities. However, some nationally recognized Providers in our Directory offer a comprehensive array of inpatient, outpatient and community services, drawing clients from across the United States. Our Resource Specialists can tell you more about all of the Family-Endorsed Providers in our Directory and help you find the one that’s best for your family and you. Contact us now for more information on this free service to our users.