There was a time when a diagnosis of schizophrenia led to lifelong institutionalization. Improved treatments and a better understanding of this disorder have made it possible for people with schizophrenia to lead productive and highly satisfying lives in their communities. The following is a list of famous people diagnosed or otherwise thought to have lived with schizophrenia. All of them live (or lived) noteworthy lives marked by extraordinary achievements in their chosen fields, despite periods of illness and instability. 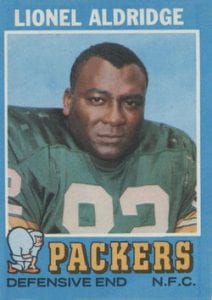 Lionel Aldridge – two-time Super Bowl-winning defensive end for Vince Lombardi’s Green Bay Packers of the 1960s. Aldridge experienced several years of homelessness and “extreme paranoia” before medication and therapy helped him become “completely symptom free.” In the final years of his life, he was an advocate for mental health until his death in 1998. 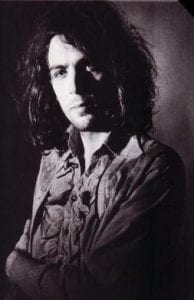 Roger “Syd” Barrett – English musician, composer, singer-songwriter, and painter. Barrett was best known for his innovative stylings as the singer, lead guitarist and principal songwriter for Pink Floyd until a much-publicized “nervous breakdown” led to his dismissal from the band. Later songs from the band such as “Brain Damage” and “Shine on You Crazy Diamond” are thought to refer to his descent into madness caused by schizophrenia. Contrary to popular legend, Barrett actually lived a long and productive life, exploring creative interests in painting and photography in his later years. Although never formerly diagnosed with a mental illness, much of his behavior was consistent with the symptoms of psychosis. 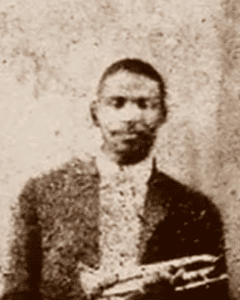 Charles “Buddy” Bolden – African-American cornetist, born in 1877, regarded as one of the key figures in the development of jazz. Although he spent the last 24 years of his life in a mental institution, cognitive scientists of today see a link between his innovative improvisational style of play and the symptoms of his schizophrenia for which he was later institutionalized. 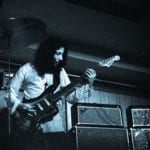 Peter Green – influential blues guitarist with the bands Fleetwood Mac and Bluesbreakers. Following a series of hospitalizations in the late 70’s for schizophrenia, he reemerged on the music scene in 1981, recording four solo albums, making numerous guest artist recordings and being inducted into the Rock and Roll Hall of Fame in 1998 for his work with Fleetwood Mac. 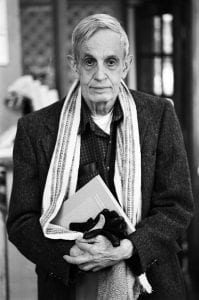 John Forbes Nash, Jr. – Nobel Prize winning mathematician and subject of the award-winning book and movie A Beautiful Mind. John Nash won his Nobel Prize late in life for his earlier work in the field of game theory. His career as a brilliant economist and mathematician was interrupted by schizophrenia in his early thirties. After several years of forced hospitalizations and treatment, he claims to have healed himself by a process of “intellectually reject(ing)” the false hypotheses of his “delusionally influenced” thinking. 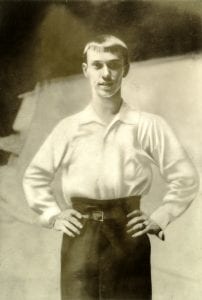 Vaslav Nijinsky – Russian ballet dancer and choreographer of Polish descent, who is widely considered the greatest dancer of the early 20th century and perhaps of all time. His diary of 1919, written at the height of his career, is the most complete in-the-moment account of psychosis by a major artist. 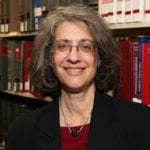 Elyn Saks – Associate Dean and Orrin B. Evans Professor of Law, Psychology, and Psychiatry and the Behavioral Sciences at the University of Southern California Gould Law School, expert in mental health law and author of the 2007 schizophrenia memoir The Center Cannot Hold: My Journey Through Madness. Saks experienced the first symptoms of mental illness at the age of eight and had her first full psychotic episode while a graduate student at Oxford University. In 2009 she received a MacArthur Foundation “genius grant” which she used to establish the Institute for Mental Health Law, Policy, and Ethics. Her 2012 TED talk A tale of mental illness – from the inside is an impassioned plea for better understanding and treatment of people living with schizophrenia and other mental illnesses. 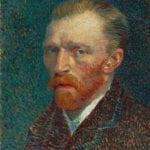 Vincent Van Gogh – post-impressionist Dutch painter of the 19th Century whose influence reached far into 20th Century art. It is speculated that he had schizophrenia, schizoaffective disorder, or bipolar disorder, which may have been compounded by epilepsy, toxic poisoning form the paints he used or heavy use of absinthe. 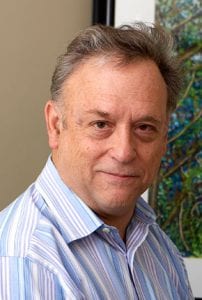 Mark Vonnegut – son of writer Kurt Vonnegut, Jr. and pediatrician, who wrote about his experience with schizophrenia in The Eden Express: A Memoir of Insanity and Just Like Someone Without Mental Illness Only More So. Despite several episodes of full-blown psychosis, Mark Vonnegut attended Harvard Medical School to become a practicing physician and outspoken advocate for mental health. Photo source: givemclean.partners.org

Several people on this list such as Bolden, Nijinsky, Barrett, and Nash are considered creative geniuses who revolutionized their fields. Some like Bolden and Nijinsky peaked early in life never to recover from the effects of what was probably schizophrenia. It is encouraging to note that great creative minds of a later era, like Barrett and Nash, reemerged as productive artists or innovators in their later years after prolonged bouts with psychosis in their youth. Their stories show that psychiatric medications, combined with more humane approaches to treatment and support, have made it possible for people with serious mental health disorders like schizophrenia to lead productive, creative lives with meaning.

2 thoughts on “Living Well with Schizophrenia”