Evan had just returned home from his final race of the season when I caught up with him. We decided to take a hike up to a ridge on the outskirts of his city. He was quick to smile, and you could see his eyes dance with animation when we discussed his recent activities. But only three years ago, his dreams were completely shattered.

Growing up, Evan had never really excelled at sports. When he met Saskatchewan’s Provincial Biathlon coach, Doug Sylvester, he hadn’t skied competitively before, had never touched the target rifles used in biathlons, and was nearly a decade behind the competition. But these, and the knowledge that everyone was expecting him to fail, only motivated Evan to try harder, to train harder, and to push himself that much more.

People working within the sporting industry know that the day will eventually come when they must find a less active career. Realizing this, Evan chose to pursue a degree in business. Having grown up with an entrepreneurial father, he already had a decent grasp on many of the fundamentals. This, coupled with the fact that he wasn’t out partying like many of his classmates, meant that even when he missed the occasional class for training, he was still able to get by reasonably well. He was the first person in his family to commence university studies, so doing well at school and getting his Bachelor’s degree was a big deal.

In the spring of 2013, Evan became a member of the Rocky Mountain Racers. While many of his teammates were in school and couldn’t train at the same magnitude of a professional athlete, they dedicated themselves to their sport as much as possible. As Evan indicated, this training works out to be the equivalent of a part-time job, or around 600 to 800 hours a year (12-22 hours a week).

“We called ourselves the WIT squad — ‘whatever it took’ was our attitude. If it meant moving to the southern hemisphere so that we could ski all summer, that’s what we did. It was basically whatever option was best for training and racing, that’s what we were going to do.”

Despite consistently placing top 12 in the country, Evan’s performance didn’t match the level to which he was training. Frustrated, his family reached out for medical help.

First, Evan was misdiagnosed with asthma, and as time went on without the help of an inhaler, the symptoms were getting worse. After losing consciousness briefly during one race, Evan underwent a new series of tests and was ultimately diagnosed with respiratory dysfunction.

“I remember it was Halloween when I finally got the results. I was sitting in the doctor’s office, and he was running me through it, and it all felt like it was in slow-motion. I’m like ‘what?’ I had no other vision of my life, other than as a skier; I was 100% in. I was going to go to the Olympics and be racing professionally for the next six to ten years. I had goals of racing world championships, and racing relay teams, and all these big events. My vision was so clear; I couldn’t picture anything other than that. And that was the moment where it all took a total left turn.”

Respiratory dysfunction is not an uncommon condition, but it’s aggravated by dry climates and very cold air; the exact conditions the sport he loved required him to chase. Continuing to ski competitively would result in cartilage growth, which would slowly close off his airways and eventually stop him from breathing. Evan could voluntarily have had part of his vocal cords removed, which would mean learning how to talk again, or, if anything went wrong, never being able to speak again. While he considered it seriously, after speaking with his parents and coach, he ultimately decided against the surgery. Instead, he turned away from the world he’d dedicated the past four years of his life to.

Feeling lost, and unsure where to go next, Evan said the months that followed were self-destructive. There were days he wouldn’t get out of bed; his usually healthy diet went out the window and he began eating McDonald’s and potato chips. Where nights had once been for sleep and allowing his body to recover, they were now filled with late-night binge drinking. This was in complete contrast to how he’d been living his life before the diagnosis. Had Evan suffered an injury that would heal in time, he might have seen things differently. Often when athletes are injured, doctors and coaches make an effort to ensure the injured team member still feels involved. This sense of community can be just as important in recovery as taking a break to physically heal.  But for Evan, there would be no recovery. He wouldn’t be returning to the team. So much of his social circle at the time had been connected to the ski world, that in losing the sport, Evan found himself withdrawing from his friends as well, avoiding holiday parties, and ignoring their calls.

“I was just in this perpetual state of wanting to be alone and wanting to feel sorry for myself and sulk in my problems and just kind of feel sad.”

It’s ironic that when faced with depression, we often pull away from people and avoid social contact when we need it the most. We push away the people who are close to us when they’re the very people we need to surround ourselves with to see beyond our current situation.

In Evan’s case, the overwhelming thought was that if he could just ski again, everything would be okay and go back to normal. It was as though the sport had been his identity, and without it he was left questioning his self-worth. As is the case with most things, the more time and energy we invest in something – whether business, relationships or something else entirely – the greater the impact when it is taken away from us. 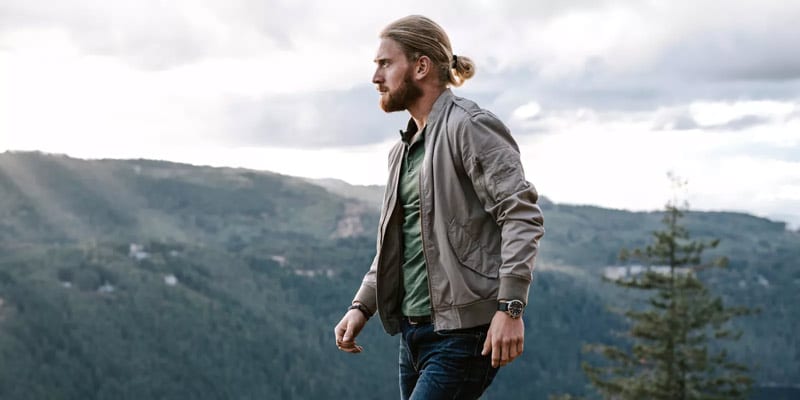 Recognizing after some time that Evan was caught in a downward spiral, his best friend flew out from Winnipeg to spend a week with the dejected athlete. Evan says he wasn’t much fun, but they hung out, read books, and spent a lot of time talking about the future – about how they wanted to grow and better themselves. One night during the visit, one such conversation led to the creation of a bucket list of things Evan still wanted to do. Slightly drunk, the boys decided to pin the list to the wall, throw a dart at it, and whatever that dart hit, Evan would wake up and do the following day. Evan laughs remembering that night, “I got ‘do an Iron man’” he says “It was kind of funny ’cause I registered for this Ironman and I wake up the next day thinking ‘Did I actually do that?’ and sure enough I check my Visa and I’d just spent $800 on a race.”

It definitely wasn’t an overnight fix. Having never raced in triathlons before, Evan was in the same place he’d been when he first began competing in biathlons. His first time racing in a major triathlon did not go amazingly by any means, but he came away from the experience ready to fully dive back into training and motivated to improve at this new sport.

He went to bed early and woke early to train, protein shakes reappeared in his diet, and the empty beer bottles and pizza boxes disappeared from his room. He made it to the podium the following year on home soil. While triathlon may not be the sport he had first fallen in love with, placing at a world championship event had always been one of Evan’s goals. He says he’d still like to be the best in the world at something one day, but for now he’s happy to be out competing again.

Despite having planned for a life after skiing, it took a devastating diagnosis, a dark and depressing holiday season, and half a year break from competing to make Evan realize how important it was to have more than one interest in life. Where he had previously only envisioned one future for himself, the experience of completely losing focus removed the tunnel vision and left Evan much more open to exploring his options. Outside of triathlons and training for them, Evan loves getting outdoors and seeing what he’s capable of. He frequently heads into the backcountry, both alone and with friends, and enjoys the perspective he gains from spending time connecting with nature. He says it makes him realize how fragile humans are, which only makes it more amazing how resilient we can be when faced with a challenge. 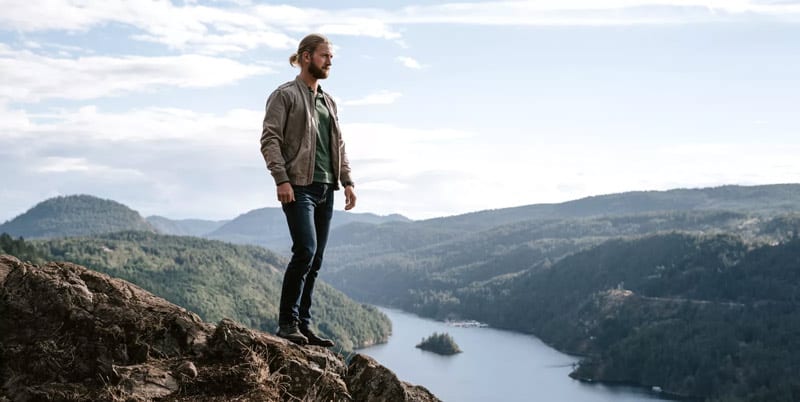 He and his best friend still talk all the time. In fact, Evan says that there’s only a handful of days they haven’t spoken. They bring the best out of each other, and as much as Evan says he’d like to believe he’d have figured his life out again on his own, he says it definitely would have taken longer.

Outside of maintaining a solid support system, I asked him what advice he might have for someone going through a similar self-destructive period.

“It almost felt like a break-up. I was so committed to my skiing life that when that was changing it felt like I had no future at all because everything I envisioned was no longer there, and that was really difficult to deal with. The big thing for me was trying to envision a future beyond whatever it is that you’re going through. For me, that was writing down a list of goals that I wanted to do.”

As we headed back down from the ridge, I asked Evan about his list; I’m curious what other things that dart could have hit. One of the things on it was to ride his bike for twenty-four hours straight; another, spend a week in silence. Both of these Evan has done. Currently, he’s growing his hair out to donate for cancer research – something that’s become more poignant with the recent passing of his grandfather.

Much like Evan, his list of goals goes on for miles and is constantly evolving and growing. From parasailing in Acapulco to sailing around the world, I have no doubt that list will one day be covered in countless check marks.


Author Bio: Conor is a British expat working for Trendhim, a men’s designer accessories brand based in Denmark which aims to encourage people to tell their own story and express what makes them their own. You can read further articles and find out more about Trendhim by visiting https://www.trendhim.co.uk/